A Maryland couple will not receive the light sentences they hoped for after the plea deal in their nuclear espionage case was denied by a judge for not being proportionate to the seriousness of their crimes.

In April 2020, Jonathan Toebbe and his wife Diana set about on a mission to sell his access to sensitive national security information concerning the propulsion systems of nuclear-powered craft to a foreign government with which Toebbe had initiated contact.

Instead of striking it rich, Toebbe’s plot was discovered and subverted by undercover federal agents. Now, his plea deal has been rescinded by a judge who felt that the Toebbe was deserving of more than just one count of conspiracy to communicate restricted data and a sentencing range between 12 and 17 years. His wife, Diana, was expected to serve three years.

“In the end, I generally honor plea agreements, but I find them strikingly deficient in this case,” Judge Gina Groh announced in the United States District Court for the Northern District of West Virginia. “It’s not in the best interest of the community or the country to accept these plea agreements. Therefore, I am rejecting them.”

On Feb. 14 Toebbe submitted that guilty plea in response to charges that he attempted to knowingly smuggle classified military secrets regarding nuclear technology to foreign agents.

Unbeknownst to Toebbe, who thought he was dealing with agents from Brazil, he was actually in communication with FBI agents.

The undercover federal agents organized a series of dead drop locations for Toebbe to supply them with intelligence packages which he disguised through various methods. The agents provided the Maryland man with a good-faith payment of $10,000 in cryptocurrency.

A statement released by the Department of Justice said:

According to court documents, at the time of his arrest, Toebbe was an employee of the Department of the Navy who served as a nuclear engineer and was assigned to the Naval Nuclear Propulsion Program, also known as Naval Reactors. He held an active national security clearance through the Department of Defense, giving him access to “Restricted Data” within the meaning of the Atomic Energy Act.

This security clearance meant that Toebbe could have access to a range of highly sensitive information including the design, manufacture, and use of nuclear weapons, as well as information on how nuclear reactors are produced.

The Justice Department described the nature of his betrayal: “Toebbe worked with and had access to information concerning naval nuclear propulsion including information related to military sensitive design elements, operating parameters, and performance characteristics of the reactors for nuclear-powered warships.”

Assistant Attorney General Matthew G. Olsen of the Justice Department’s National Security Division explained that the Navy’s design of nuclear-powered ships is “among the secrets the U.S. government most zealously protects” and that while Toebbe was entrusted with this information, he had chosen to sell it to foreign actors.

Both Toebbe and his wife have now withdrawn their guilty pleas and will stand trial. 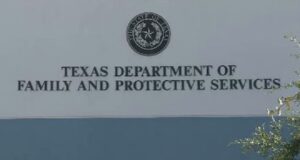