Pill to Treat COVID-19 Authorized in The UK

The pill, known as molnupiravir or Lagevrio, will be prescribed to those with mild-to-moderate cases of the virus

The first pill shown to treat COVID-19 was approved for use by the British government.

The pill from drugmaker Merck was authorized for adults over the age of 18 who are positive for COVID-19 and at risk for developing a severe case. A typical course of the drug would be twice a day for five days.

“Today is a historic day for our country, as the U.K. is now the first country in the world to approve an antiviral that can be taken at home for COVID-19,” British health and social care secretary Sajid Javid said in a statement. “This will be a game changer for the most vulnerable and the immunosuppressed, who will soon be able to receive the ground-breaking treatment.”

He continued: “This antiviral will be an excellent addition to our armoury against COVID-19, and it remains vital everyone comes forward for their life-saving COVID-19 vaccine — particularly those eligible for a booster — to ensure as many people as possible are protected over the coming months.”

The pill, known as molnupiravir or Lagevrio, reduces symptoms according to its manufactures. Merck said during an initial trial, the medication cut hospitalization by roughly 50%.

“Molnupiravir interferes with the virus’s ability to replicate, meaning it is less able to multiply and reach high enough levels in the respiratory system to cause severe disease,” notes The Guardian.

With its partner Ridgeback Biotherapeutic, the drugmaker has requested regulators approve the pill for the same demographic that would otherwise be treated with infused COVID-19 antibody drugs.

The company expects to produce 10 million treatment courses by the end of the year. Approximately 480,000 courses have already been sold to the U.K. government, which announced the purchase in October. The government intends to give the medication to affected citizens through a national study scheduled for the end of 2021.

“Molnupiravir is also pending review with regulators in the U.S., the European Union and elsewhere. The U.S. Food and Drug Administration announced last month it would convene a panel of independent experts to scrutinize the pill’s safety and effectiveness in late November,” per AP News.

In addition to possibly reducing the number of COVID-19 related hospitalization, the pill does not require special storage conditions or manufacturing.

Britain’s Medicines and Healthcare products Regulatory Agency notes molnupiravir is most effective when taken in the early stage of the infection — either after a positive test or within the five days following the onset of symptoms. 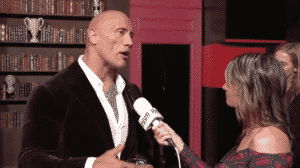