Due to a decrease in hospitalizations and public backlash, the city's board of health has decided to drop the newly reinstated mandate

Philadelphia has rescinded the mask mandate it reinstated just four days ago as a result of public backlash and low infection rates.

The mandate will be lifted on Friday.

The reverse decision comes only a few days after Philadelphia became the first major city in the U.S. to reinstate its COVID-19 mask mandate for indoor activities.

While the health department has not released data to back up its reversal on masking, they said more information will be provided Friday.

On Thursday evening, Health Commissioner Dr. Cheryl Bettigole told the Board of Health at a public meeting that hospitalizations had unexpectedly dropped roughly 25% in a matter of days.

“Due to decreasing hospitalizations and a leveling of case counts, the city will move to strongly recommending masks in indoor public spaces as opposed to a mask mandate,” said spokeswoman Sarah Peterson.

The city reimposed the indoor mask mandate on April 18 after announcing its return on April 11 amid concern that cases of the virus were continuing to rise.

Starting April 18, masks will be required in all indoor public spaces, including schools and childcare settings, businesses, restaurants, and government buildings. At that time, residents will be asked to report any business not complying with the mandate to @philly311. (2/4)

“We don’t know if the BA.2 variant in Philadelphia will have the kind of impact on hospitalizations and deaths that we saw with the original omicron variant this winter,” Bettigole continued. “I suspect that this wave will be smaller than the one we saw in January.”

The city had just dropped its nearly two-year-long mask mandate on March 2.

Reinstating the mask mandate this month was met with criticism by citizens who have been subject to heavy pandemic restrictions since the Spring of 2020.

The restaurant industry pushed back against the mandate, expressing concerns that workers would bear the brunt of customer outrage over the reinstatement.

“This announcement is a major blow to thousands of small businesses and other operators in the city who were hoping this spring would be the start of recovery,” said Ben Fileccia, director of operations for the Pennsylvania Restaurant & Lodging Association.

Mask mandate reaction from @prlaorg
“This announcement is a major blow to thousands of small businesses and other operators in the city who were hoping this spring would be the start of recovery.” https://t.co/GuQDybp8Rx 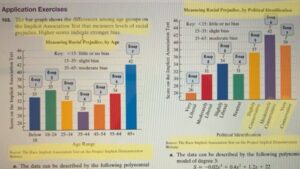