Pfizer To Seek FDA Authorization for Vaccine For Children Under Five

Pfizer and BioNTech are expected to submit an emergency use authorization request as early as Tuesday to the Food and Drug Administration (FDA) for COVID-19 vaccines for children aged six months to 5 years.

The Washington Post reported that vaccines for children younger than five could be available by the end of February.

The report said the FDA urged the companies to make their application so that officials could begin examining the two-shot data.

In January, Pfizer said it expected results from a clinical trial for children under age five no later than April. The statement came after the company amended its study to give a third dose to everybody under the age of five around eight weeks after their last vaccination.

In the last few months, the drug companies have been testing the third dose after disappointing results from the two-dose regimen. While the vaccine is reportedly safe for children, the results showed that two doses did not provide a strong enough immune response.

Comprehensive data on the third shot will not be available until late March. Once the information is studied, officials are expected to authorize a third dose of the pediatric vaccine.

Pfizer and BioNTech announced in December that two doses of the vaccine in children under five did not trigger an immune response comparable to that in teens and adults. However, the two-dose regimen did create a minor defensive immune response in children six months to two years of age.

As a result, drugmakers added a third dose to the trial in an effort to improve immune responses.

A group of parents has been pushing the FDA to authorize children’s vaccines quickly. Protect Their Future, a grass-roots group of physicians, parents, and advocates, has gathered more than 5,700 signatures via Change.org. They request that vaccines become available to younger age groups, even urging off-label use. The off-label use includes a higher-dose authorized for 5- to 11-year-olds and authorization for children six months to 2-years old.

Doctors have expressed some concern that accelerating pediatric vaccines could impede the focus to increase boosters in adults and vaccinations in older children.

On Monday, Dr. Kavita Patel, who worked in the Obama administration, said the government should avoid any steps to undermine faith in the vaccines, considering the extensive skepticism that has impacted the effort to vaccinate every adult. 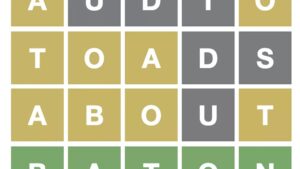