Pfizer Claims 3rd Shot of Vaccine Will Protect Against Omicron

Pfizer released information Wednesday claiming that its COVID booster vaccine “triggers a 25-fold spike in antibody levels against Omicron.” The drug firm also admitted two doses may not be enough to thwart the mutant strain.

The vaccine manufacturer argued three injections provide a “more robust” line of defense against the variant, which was first identified in South Africa last month.

A third jab triggers a similar antibody response against Omicron as two doses against previous strains of COVID, according to preliminary laboratory tests. It also “strongly increases” T-cell levels, offering the immune system an extra boost to protect against severe disease.

Pfizer also insisted that two doses should still be enough to slash rates of hospitalizations and deaths in the event of fresh waves triggered by the super-mutant strain.

The drug manufacturer has already developed a new version of its vaccine focused on theOomicron variant. It said Wednesday that millions of doses of the new version of its vaccine can be ready by March if the current crop of jabs do not provide enough protection against Omicron. Pfizer’s CEO said they will know within weeks if it is needed and all of its production can be switched to the new vaccine.

By contrast, a South African research institute found people fully-vaccinated with Pfizer make up to 40-times fewer antibodies against Omicron compared to other variants. Still, the lead author of the research, the first of four laboratory-based studies released in the last 24 hours, insisted the results are “better than expected.”

Another study by Swedish virologists also found there is a drop in the body’s ability to neutralize Omicron after jabs. But the Karolinska Institute researchers insisted the decline was not seen in everyone, with one of the paper’s authors saying the fall was “lower than feared.”

A World Health Organization official said Wednesday that the vaccines should still work against Omicron, while acknowledging that the strain appears to be milder than its rivals, Beta and Delta. 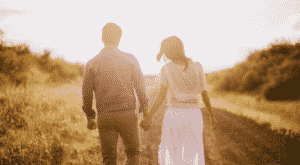