The law came under immense scrutiny after former President Trump claimed the state used the law to perpetrate fraud during the 2020 presidential election.

An appeal from Governor Tom Wolf‘s administration is expected to be taken to the state’s Supreme Court.

The decision brings Pennsylvania’s voting laws under further concern and criticism, in a state that is seen as a primary presidential battleground.

Additionally, the ruling comes just before voters are set to elect a new governor and a new U.S. senator in 2022.

Roughly 2.5 million of the state’s 6.9 million votes were counted under the law’s expansion of mail-in voting in the most recent presidential election. The majority of those voters were Democrats.

Challengers of the law were pleased to hear the courts agree when they ruled that no-excuse mail-in voting is forbidden under the state constitution until the constitution is amended to allow it.

The Pennsylvania Supreme Court, where Wolf’s appeal is expected to be filed shortly, currently has a 5-2 Democratic majority.

In a statement, Josh Shapiro, Pennsylvania’s attorney general, said the ruling will be quickly appealed and will have no immediate impact on upcoming elections.

In 2019, state lawmakers authorized no-excuse mail-in voting for all voters. The effort was made to expand upon a provision in the state constitution to provide a method to vote if an individual cannot vote in person.

The state’s Constitution does not directly state that Legislature cannot extend absentee voting for other reasons.

Challengers of the law have said the constitution intended for absentee voting to be restricted. They specifically challenged a passage in the constitution that says voters must live in an election district for at least 60 days where they “shall offer to vote.” This is something many believe was not adequately upheld in the 2020 elections. 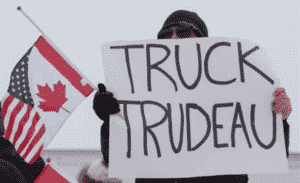