A self-proclaimed pedophilia advocate who kidnapped a 12-year-old girl after grooming her online has been found dead while in federal custody.

Nathan Larson, 41, of Virginia, was arrested in 2020 on felony charges of kidnapping, child abduction, soliciting child pornography from a minor, and meeting a child for the intention of sex.

According to the Eastern District of California U.S. Attorney’s Office, Larson died on September 18. His case was dismissed on October 11 due to his death.

Prior to his arrest, Larson had traveled to Fresno, California, to meet a 12-year-old girl he had been grooming on social media. He went to the home of the child and convinced her to run away with him at approximately 2 a.m.

After luring her from her home, Larson booked a rideshare vehicle to take them to the Fresno Yosemite International Airport.

The predator was arrested at the Denver Airport during a layover while en route to DC with the young girl. He had convinced her to wear a long wig to look older and pretend to be mute while they traveled. A Denver Police officer noticed that something wasn’t right and stopped them — rescuing the child.

While the girl was not injured, police found evidence of “inappropriate touching” while they were at the airport together.

Larson’s plan, according to the prosecutor, was to take the girl to his home to rape and impregnate her when she turned 13 years old.

Fox 10 Phoenix reports that “federal agents searched Larson’s house at the time and discovered that he had persuaded the girl to send him pornographic images of herself, authorities said. During the search in late 2020, Larson’s father, Arthur Larson, assaulted a federal agent and was arrested.”

“He is a white supremacist and a well-known advocate for pedophilia,” Mims said. “This is a man who runs a website, which encourages the raping of children and sharing of naked photos and video of children being raped.”

Larson also previously ran for the Virginia House of Delegates on a platform that included allowing fathers to marry their daughters.

“Larson, a resident of Catlett, Virginia, previously ran and lost a 2017 campaign to become a member of the Virginia House of Delegates, representing the 31st House District encompassing Prince William and Fauquier counties in northern Virginia,” the Fox 10 report explained. “He ran as an independent and his platform included advocating for fathers to be able to marry their daughters, legalizing child pornography, and suppressing women’s rights.”

In March, Larson appeared in court requesting to represent himself during his trial.

It is unclear when Larson was transferred from a federal facility in the Fresno area to a facility in Maricopa County, Arizona, where he died.

Larson was facing up to life in prison if he had gone to trial and been convicted.

The predator served 14 months in prison in 2009 for threatening to kill the president, according to a report from the Sacramento Bee. 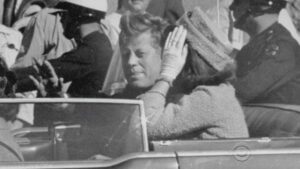