The shooter, charged with 17 counts of murder and 17 counts of attempted murder, could receive the death penalty

On Wednesday, the U.S. government reached a settlement valued at about $127.5 million with the families of students and faculty killed and injured during the 2018 shooting at Marjory Stoneman Douglas High School in Parkland, Florida.

The settlement resolves all litigation seeking to hold the FBI accountable for its handling of information concerning the accused teenage perpetrator.

“Although no resolution could ever restore what the Parkland families lost, this settlement marks an important step toward justice,” said Kristina Infante of Podhurst Orseck, a lawyer for the plaintiffs.

Some Parkland shooting survivors formed March for Our Lives, a gun safety organization that advocates for stricter firearm controls.

On March 9, 2018, Governor Rick Scott signed a bill that implemented new restrictions to Florida’s gun laws and allowed for the arming of adequately trained teachers. 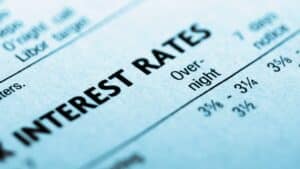 The Fed Raises Interest Rates For First Time Since 2018