The prosecutors who led the state’s case against Parkland high school shooter Nikolas Cruz have asked to investigate a juror’s claims that another juror threatened her.

The juror recommended Cruz receive life in prison without the possibility of parole on Oct. 13 – concluding a three-month trial. The now-23-year-old is scheduled to be formally sentenced on Nov. 1. Cruz pleaded guilty to 17 counts of murder in 2021 and was eligible for the death penalty.

A juror reportedly contacted the prosecution after the jury’s decision was read and reported she felt she had been threatened during deliberations.

“Juror X spoke to a support staff member and informed the support staff member that during deliberations she received what she perceived to be a threat from a fellow juror while in the jury room,” says the state’s filing for an investigation on CTV News. “The State did not call Juror X back and instead, filed a Notice to the Court.”

The state asked Broward Circuit Judge Elizabeth Scherer to compel law enforcement officials to investigate the claim by interviewing Juror X, whose name has not been disclosed.

The state did not return Juror X’s call and instead filed a notice with the court. At a hearing in the afternoon of Oct. 14, the prosecution said they requested the interview out of concern for the juror’s safety.

“Frankly, we don’t want to touch this with a ten-foot pole because we know that the defense will be jumping up and down and saying that we are trying to undermine the verdict, which we are not trying to do,” said Prosecutor Carolyn McCann. “The only reason we are doing this is that we cannot ignore a safety issue.”

Scherer agreed with the prosecution but said she would not order the sheriff’s office to take action.

“I’m not going to order them to investigate it, but I think that certainly if that’s a matter that they feel is appropriate for a criminal investigation, that’s what they should do,” said the judge during the hearing.

The information will now be given to the Broward County Sheriff’s Office, which will decide if it will investigate.

“Florida criminal defense attorneys Richard Escobar and David Weinstein, who are both former prosecutors, said in interviews that even if a threat was made to a juror, the jury’s decision cannot be overturned because of double jeopardy, or trying the same defendant twice for the same crime,” reports AP News.

In a letter to the judge, another juror called the deliberations “tense.” She said other jury members had accused her of making her decision about Cruz before the trial began, which she denied being true. She, instead, says she “maintained my oath to the court that I would be fair and unbiased,” per the Miami Herald.

The jury foreman said in an interview that three of the 12 jurors opposed sentencing Cruz to the death penalty. Cruz could only have been sentenced to death if all the members of the jury agree on each of the 17 counts.

One of the jurors who was described as a “hard no” said she “didn’t believe, because [Cruz] was mentally ill, he should get the death penalty.”

By law, Scherer cannot issue a sentence other than the sentence recommended by the jury.

Florida Governor Ron DeSantis expressed his frustration with the jury’s recommendation after its was announced and said his “prayers are with the Parkland families.”

“The only appropriate sentence for the massacre of 17 innocent people is the death penalty,” the governor wrote on Twitter. “That the jury had a single holdout refuse to authorize a capital sentence represents a miscarriage of justice.” 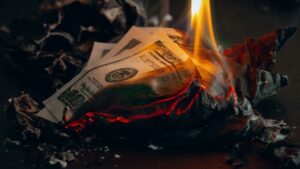