The pair are in custody after fleeing for ‘Fear of their own safety’.

After nearly 24 hours of an intense manhunt, the parents of alleged school shooter, Ethan Crumbley, were apprehended while hiding in a local Detroit art gallery.

The Michigan couple were located and arrested early Saturday morning, according to Detroit police. James and Jennifer Crumbley were found on the first floor of an industrial building on Bellevue Street, near where their vehicle was spotted overnight.

They were booked early Saturday morning into the Oakland County Jail, where their son is incarcerated.

Jennifer and James Crumbley were scheduled to be arraigned at 4 p.m. ET Friday.

The chief of the Detroit Police Department said a tip led them to the commercial building where they found the couple.

“There was video that had one of the fugitives entering the building,” Chief White said in a press conference Saturday morning.

White said the Crumbleys – who were declared fugitives after failing to show up for a court hearing on involuntary manslaughter charges – were unarmed and did not resist when officers found them.

“They appeared to be hiding in the building,” White said. He added that they were “aided” in getting access to the building. Charges have yet to be filed for those involved in that assistance.

On Saturday morning, the parents entered “not guilty” pleas to all charges against them.

After formal presentation of the charges, James and Jennifer Crumbley both responded, “I understand.”

The Crumbleys were formally charged Friday with four counts of involuntary manslaughter over the shootings their 15-year-old son is accused of carrying out on Tuesday, killing 4 and wounding 7 others at Oxford High School in Michigan 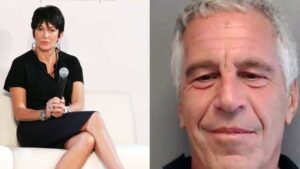