The St. Louis couple who garnered national attention for defending their home with firearms during a raucous demonstration have officially been pardoned by Missouri Governor Mike Parson.

On June 28th, 2020, photographers snapped images of the duo brandishing their weapons in front of their house as protestors marched through the streets of their gated community.

Both Mark and Patricia McCloskey had previously pleaded guilty to misdemeanor charges related to the altercation.

“As many of you know, Patty and I faced political prosecution for having the audacity to defend our lives and property from an angry mob,” Mark McCloskey wrote in the statement. “Today we are incredibly thankful that Governor Mike Parson righted this wrong and granted us pardons.”

Critics of the Governor’s decision say others in the state are more deserving of a pardon.

Governor Parson granted 12 pardons and two of those people were Mark and Patricia McCloskey.

“The contrast between the governor’s treatment of these cases should offend every Missourian’s sense of justice,” said state House Minority Leader Crystal Quade. “It also proves the governor doesn’t have one.” 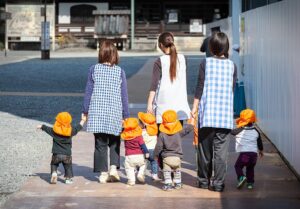