New data from the U.S. Census Bureau suggests that the nation’s birth rate is recovering after dropping during the COVID-19 pandemic.

After a global outbreak of the virus and widespread lockdowns, the United States reported fewer births at the end of 2020 than expected. By December of last year, births were down by 7.7% from the previous year.

The national birth rates continued to plummet in 2021. In January, it was down 9.4% compared to the year before.

The U.S. birth rate fell by 4% in 2020, according to the Center for Disease Control and Prevention (CDC) in May. This was the largest drop in 50 years with 3.6 million babies born during the year.

The decline was consistent across all ethnicities.

The CDC reported that the general fertility rate was the lowest rate on record with about 56 births per 1,000 women — roughly half of what it was in the early 1960s.

Some experts argue that the major reason for the decline is actually a result of women delaying having children. The Pew Research center says women are waiting to start families in order to obtain more advanced degrees or prioritize their careers.

Other researchers documented that a high level of anxiety produced by COVID-19 caused couples to put off having children. Guttmacher Institute found in June of 2020 that one in three US women said they were likely to delay having children or have fewer children altogether because of the pandemic.

In March, the Census Bureau began to record signs of recovery. One year after the country went into lockdown, the monthly birth rate was only 0.15% lower than in March of 2020.

“This trend suggests that some people who postponed having babies last year had them this year,” said Anne Morse, a Census Bureau demographer. “The winter decrease in births may have been prompted by couples who consciously chose to delay having children amid the uncertainty of the pandemic. It may also have been influenced by stress or limited physical interaction with a sexual partner.”

“The U.S. isn’t alone in experiencing declines in births, followed by a slight rebound in the early part of 2021, according to the report. Twenty-one out of 30 countries with available monthly data had fewer births in December 2020 than in 2019 but more births in March 2021 than in March 2020,” per AP News.

According to the BBC, “by the end of this century … the world’s population is projected to virtually stop growing for the first time in history.”

Information released by the United Nations suggests 90 countries will lose population, including two-thirds of all countries and territories in Europe, between  2020 and 2100. Largely sub-Saharan Africa is the only place expected to retain a strong population growth during this century. 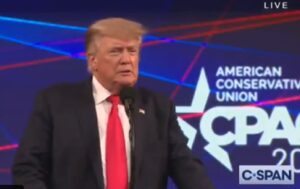