Over a Half Million Pounds of Frozen Chicken is Being Recalled

Over 585,000 pounds of frozen chicken is being recalled by Wayne Farms LLC.

The U.S. Department of Agriculture’s Food Safety and Inspection Service (FSIS) announced the recall on Monday, warning that the chicken breasts may be undercooked.

“The problem was discovered when the firm received a customer complaint that the RTE chicken product appeared to be undercooked,” the FSIS said in a statement. “There have been no confirmed reports of adverse reactions due to consumption of these products. Anyone concerned about an injury or illness should contact a healthcare provider.”

The USDA is urging businesses and individuals to either throw the meat away or return it to where it was purchased.

The recall comes amid a highly contagious avian flu impacting flocks and prompting mass culls across the nation.

As of Monday, over 37 million poultry birds have been destroyed, according to a report from Bloomberg News.

“Under guidance of the federal government, farms must destroy entire commercial flocks if just one bird tests positive for the virus, to stop the spread. That’s leading to distressing scenes across rural America. In Iowa, millions of animals in vast barns are suffocated in high temperatures or with poisonous foam. In Wisconsin, lines of dump trucks have taken days to collect masses of bird carcasses and pile them in unused fields. Neighbors live with the stench of the decaying birds,” Bloomberg reports.

Cruel methods aside, the culls are also raising the cost of poultry as inflation and supply chain issues had already increased prices.

“Prices for such products are soaring to records, adding to the fastest pace of U.S. inflation in four decades. The supply deficits triggered by the flu also come as world food prices reach new highs. From the war in Ukraine to adverse weather for crops, it’s all throwing supply chains into turmoil and compounding the crisis that’s pushed millions of people into hunger since the start of the pandemic,” the Bloomberg report added.

In Colorado, at one facility alone, over a million chickens are set to be euthanized this week. They will be disposed of and not used for human or animal consumption. 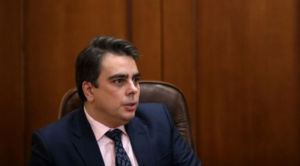