A letter urging President Joe Biden and Health and Human Services Secretary Xavier Becerra to declare a public health emergency over abortion has been signed by 83 House Democrats and sent to the White House.

The Democrat lawmakers allege that there is now a “full-scale reproductive health crisis” since the Supreme Court overturned Roe v. Wade.

“The Supreme Court’s radical and dangerous decision in Dobbs v. Jackson Women’s Health Organization has precipitated a full-scale reproductive health crisis across our nation,” the letter stated. “It has also plunged our health system into a state of uncertainty and upheaval that threatens patients’ lives.”

The letter was penned by Rep. Lloyd Doggett and signed by a slew of high profile representatives including Reps. Jerry Nadler, Joaquin Castro, Katie Porter, Ilhan Omar, and Rashida Tlaib.

“Abortion bans can unnecessarily impede lifesaving medical procedures in the event of pregnancy complications or loss,” the letter continued. “Health experts warn that in the aftermath of this disastrous ruling, the U.S. maternal mortality rate — which is already the highest in the developed world — is certain to rise, with disproportionate impacts on communities of color.”

The congressmen argued that the federal government needs to step in because states with restrictions are impacting other states by causing women to travel to neighboring states and straining their resources.

“The impacts of this ruling are not limited to health systems in states where abortion is now illegal,” the letter argued. “In making your determination about issuing a Public Health Emergency declaration, we urge you to also consider the spillover effects of state laws banning abortion on the health systems in neighboring states that protect the legal right to abortion. Abortion providers have reported that patients in need of abortion are seeking care in other states, causing unprecedented strain on limited resources and delaying care for residents.”

The lawmakers cited the COVID-19 response as a blueprint for a federal emergency response to abortion.

“As we have experienced during the COVID-19 pandemic, a public health emergency declaration can provide significant new authority and flexibility for a federal emergency response. Relevant activities may include but are not limited to Public Health Services Corps team deployments, Medicaid State Plan Amendment flexibilities to support safe-haven states, and the ability to accelerate access to new medications authorized for abortion.”

They concluded by saying that “we respectfully urge you to quickly issue a National Emergency and Public Health Emergency declaration and use your authority under the PREP Act to protect abortion access.”

These are members of the Congressional Progressive Caucus, who are set to meet with HHS Secretary Becerra today (h/t @Alexruoff).

According to Bloomberg reporter Shira Stein, the members who signed the letter belong to the House Progressive Caucus and are scheduled to meet with Becerra on Wednesday. 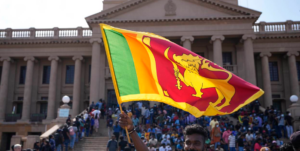