Over 50% of US Abortions Are Completed by Pills

Over half of all U.S. abortions are now carried out with pills rather than surgical interventions.

According to a report released on Thursday, the trend peaked during the pandemic with the increase in telemedicine. Pills accounted for 54% of all U.S. abortions in 2020, an increase from the 44% in 2019.

The report was released by the Guttmacher Institute, a research group that supports abortion rights. The group collects more comprehensive abortion data than the U.S. government through direct contact with healthcare providers.

The use of abortion medications has steadily increased since 2000 when the Food and Drug Administration (FDA) approved mifepristone, the primary drug utilized in medication abortions.

The latest surge in medical abortions “is not surprising, especially during Covid,’’ said Dr. Marji Gold.

Gold is a physician and abortion provider in New York City. She said her patients who have sought abortions have consistently chosen the pills over the medical procedure in recent years.

The COVID pandemic provoked a rise in telemedicine. This change — coupled with the FDA’s actions permitting abortion pills to be mailed, allowing patients to skip in-person visits to get them — has also contributed to the increase, according to Guttmacher researcher Rachel Jones.

Last December, the FDA made the change of policy permanent. This means millions of women can get a prescription via telemedicine and receive the pills directly through the postal service.

The changes have led to increased efforts by abortion opponents to pursue further restrictions on medication abortions through individual state legislatures.

The medication abortion procedure utilizes mifepristone, which blocks a hormone needed for pregnancy to continue, followed about 24 hours later by misoprostol, a drug that causes cramping to empty the uterus. The procedure is approved for use during the first ten weeks of pregnancy. However, some providers can offer it in the second trimester, commonly called off-label use.

So far, in 2022, 16 state legislatures have suggested bans or restrictions on medication abortion, according to the Guttmacher report.

The report also notes that in 32 states, medication abortions must be prescribed by physicians. Also, mailing abortion pills to patients is banned in Arizona, Arkansas, and Texas.

According to the World Health Organization (WHO), about 73 million abortions are performed each year, with about 630,000 abortions reported to the U.S. Centers for Disease Control and Prevention in 2019. 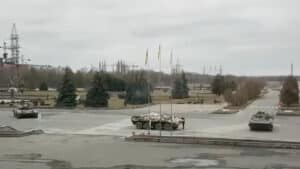