Tennessee joined 22 other states calling on Congress to abandon efforts to secure more election power for the federal government.

The group of attorney generals, now joined by Herbert Slatery of Tennesee, wrote a letter expressing their concerns over  H.R. 4, the John Lewis Voting Rights Advancement Act, which would amend the Voting Rights Act (VRA).

The legislation was passed in the house by a final vote of 219-212 with no support from Republicans.

“HR 4 would restore the pre-clearance formula from the Voting Rights Act of 1965, which was struck down by the Supreme Court in 2013,” notes ABC News. “Section 5 of the Voting Rights Act, a key provision that mandated federal review of local election laws and states with a history of voter discrimination, was removed after Shelby County, Alabama, filed a lawsuit in Washington, D.C. The Supreme Court ruled that requiring states to seek approval from the Department of Justice prior to changing voting procedures was unconstitutional.”

In their September 13 letter, the group of attorney generals wrote, “This legislation is a misguided, clumsy, and heavy-handed effort to circumvent Supreme Court decisions, state sovereignty, and the will of the people.”

“The bill, as introduced, would allow the United States Department of Justice to usurp the authority states rightly possess over their own elections, essentially federalizing the election system. If these provisions are enacted, rest assured that the undersigned will aggressively defend our citizens’ rights to participate in free and fair elections without unconstitutional federal intrusion,” they added.

“H.R. 4 seeks to flip this Constitutional mandate on its head, turning the Department of Justice into a federal ‘election czar,’ wielding the power to challenge any new or existing election law based on the whims of the party in power and its desire to manipulate election laws to increase its chances to remain in power,” the letter adds.

“Giving the Department of Justice unlimited authority over state election laws is not only unnecessary but also unconstitutional,” they concluded.

CNN announced that the legislation was “already doomed in the Senate” despite the Democrats’ majority. The outlet blamed West Virginia Senator Joe Manchin and Arizona Senator Kyrsten Sinema.

“See, Manchin and Sinema both oppose the elimination of the legislative filibuster. Which means that the measure would need to secure 60 votes in order to end unlimited debate in the Senate and come up for a final vote. And that just isn’t going to happen,” said CNN. 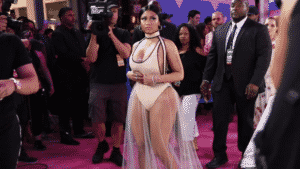