Ottawa’s mayor, Jim Watson, has declared a state of emergency to handle the truckers protesting national coronavirus regulations in the capital city.

The 10-day-long occupation has essentially shut down the Canadian capital since it began.

“This reflects the serious danger and threat to the safety and security of residents posed by the ongoing demonstrations and highlights the need for support from other jurisdictions and levels of government,” Mayor Watson said in a statement.

The “Freedom Convoy” began as a protest against a vaccine mandate for cross-border truckers making long-haul trips between both nations. However, it has morphed into a demonstration against the Canadian government regarding other coronavirus regulations.

Protesters have congregated in downtown Ottawa near Parliament Hill. Canadian Prime Minister Justin Trudeau has refused to directly address concerns or meet with the protest organizers.

Outside of the cross-border vaccine mandate, the protestors’ demands include ending all of Trudeau’s national COVID-19 mandates.

In his statement, Watson said the capital is “out of control” and that the truckers were behaving “insensitively” by “blaring horns and sirens, setting off fireworks and turning it into a party.”

According to the BBC, Watson said, “Clearly, we are outnumbered, and we are losing this battle. This has to be reversed, we have to get our city back.”

Watson did not provide specific details about what measures he might impose.

Police said they would increase local enforcement, including potential arrests of those aiming to help the protesters by bringing supplies like fuel, toilet paper, and food.

Police said they are collecting financial, digital, vehicle registration, and other evidence used in criminal prosecutions.

Convoy organizers have said they will not leave until the cross-border vaccine mandates are revoked.

The convoy has relied partially on funding from international sympathizers and donors.

GoFundMe has taken down the convoy’s donation page, creating a controversy surrounding more than $10 million in donations. However, the convoy has collected more than $1.6 million through the alternate funding site GiveSendGo. 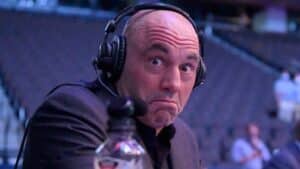 Spotify Will Not Cancel Joe Rogan