YouTube’s favorite millennial quartet formed at Buzzfeed in 2014, then consisting of Keith Habersberger, Ned Fulmer, Zach Kornfeld, and Eugene Lee Yang. Since uploading their first video titled “Guys Try Ladies’ Underwear for the First Time,” the friends grew in online popularity by finding creative ways to get out of their comfort zone – dressing up in drag, shooting guns, conducting seances, and more.

The group went independent under 2nd Try LLC in 2018 with even greater success, landing a collaborative book deal and a show on Food Network. The Try Guys have tried almost everything, and now, they’re trying our patience.

On Tuesday, Ned Fulmer confirmed rumors that he was no longer a member of the group after he had been absent or edited out of recent videos on their 7.8 million subscriber channel.

“Family should have always been my priority, but I lost focus and had a consensual workplace relationship,” read Fulmer’s bombshell Tweet. “I’m sorry for any pain that my actions may have caused to the guys and the fans but most of all to Ariel. The only thing that matters right now is my marriage and my children, and that’s where I’m going to focus my attention.”

Fulmer’s wife, Ariel, with whom he shares two young children, took to Instagram requesting that the public respect their privacy “for the sake of our kids.”

The Try Guys official Instagram formally announced Fulmer’s departure: “As a result of a thorough internal review, we do not see a path forward together. We thank you for your support as we navigate this change.”

This news is especially demoralizing because Fulmer built a personal brand out of being a hyperbolically doting husband and father. The Try Guys’ “playground” side channel Second Try even features a compilation of Ned mentioning his wife in videos, as well as another compilation titled “ned and ariel being absolutely perfect.”

The appeal of the Try Guys has never solely been watching strangers try on funny costumes or eat weird foods. Viewers click on every upload to enjoy each member’s unique personality as they try new things, thereby forming a parasocial bond. That’s an unavoidable phenomenon in the imbalanced relationship between content creators and their fans. However, Ned Fulmer used that parasocial bond to project a facade that compensated for his private misconduct.

Fulmer not only shattered his public image by cheating, but also the facade of supporting women. Hailing from notoriously social-justice-obsessed Buzzfeed, the 35-year-old dutifully displayed subservience to feminism, even going so far as to suffer simulated labor pains for a video, and scientifically proving that he and his colleagues boast testosterone levels similar to the average 85-year-old man. All the while, he feels this pattern of public self-flagellation gives him license to two-time on his wife and evade criticism with a notes app apology.

First, Adam Levine of Maroon 5 fame got flamed on TikTok for awkwardly flirting with Instagram thots while married. As Khloe Kardashian welcomes a new baby, Tristan Thompson was spotted leaving a party with an OnlyFans model. Sadly, Fulmer has joined their ilk. 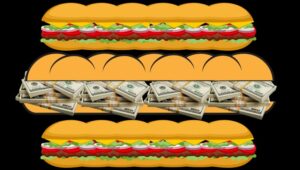