OPINION: Celebrities Simply Can’t Help Themselves From Weighing in on the Overturning of Roe v. Wade

Looking for crumbs of praise and validation, celebrities put on their activist caps in the wake of Friday’s Supreme Court decision

The U.S. Supreme Court overturned its 1973 ruling on Roe v. Wade, giving the celebrity class the perfect opportunity to condescend to the masses with their takes on the abortion rights debate. Regardless of where one stands on abortion, it’s obnoxious that celebrities think we’re dying to hear their political opinions.

Glastonbury Festival fell fortuitously on the same weekend as the Supreme Court decision. Billie Eilish, the festival’s youngest headlining act to date, made her opinion known on the Pyramid Stage. While introducing her song “Your Power,” Eilish said, “Today is a dark day for women in America. It’s all I’m able to say about it. I can’t bear to think about it.”

The “Bad Guy” crooner referenced the possibility of Roe getting overturned while performing her unreleased song “TV” earlier this month in Manchester. The song lyric referencing the leak of the Supreme Court draft invited a wave of applause from the singer’s mostly female, Gen Z audience.

Nineteen-year-old pop star Olivia Rodrigo brought Lily Allen on stage at Glastonbury to perform Allen’s 2009 single “F— You.” The “Drivers License” songstress called out the five conservative justices behind the decision while covertly pausing to check the list of names that was likely posted on the stage floor.

“I’m devastated and terrified and so many women and girls are going to die because of this. And I wanted to dedicate this next song to the five members of the Supreme Court who have showed us [sic] that at the end of the day they truly don’t give a s— about freedom. This song goes out to the justices Samuel Alito, Clarence Thomas, Neil Gorsuch, Amy Coney Barrett, and Brett Kavanaugh. We hate you!”

Kendrick Lamar closed out the Glastonbury Festival with another performative plea on behalf of women. Donning the same crystal-encrusted crown of thorns he wore on the cover of his fifth album, “Mr. Morale & the Big Steppers,” Lamar performed with blood dripping down his face and onto his shirt. The 35-year-old rapper finished his set by leading the Glasto crowd in a disturbing chant: “They judge you, they judge Christ. Godspeed for women’s rights.”

In a viral clip from the weekend, “Full House” actress Jodie Sweetin got manhandled by law enforcement at a protest that was blocking a freeway exit in Los Angeles. The LAPD officer was shown shoving the star to the ground as the crowd of protesters winced.

Sweetin recovered quickly from the fall and later responded to the incident by doubling down on her freedom-fighting facade: “Our activism will continue until our voices are heard and action is taken. This will not deter us, we will continue fighting for our rights. We are not free until ALL of us are free.”

Although Sweetin appeared unfazed, footage of the scuffle has proven extremely effective at shattering the fourth wall and escorting celebrities down from their public relations pedestals. “Must have thought you were untouchable just because your a ‘celebrity,’” one commenter under the clip remarked.

Aside from taking to the streets, celebrities have predictably made haste to scold supporters of the Supreme Court’s decision on social media.

Washed-up pop star Pink tweeted, “Let’s be clear: if you believe the government belongs in a woman’s uterus, a gay persons business or marriage, or that racism is okay- THEN PLEASE IN THE NAME OF YOUR LORD NEVER F—ING LISTEN TO MY MUSIC AGAIN. AND ALSO F— RIGHT OFF. We good?” Pink’s legion of rootin-tootin Bible-thumping fans are surely devastated.

Taylor Swift responded to Michelle Obama’s official statement on the death of Roe v. Wade, claiming that she is “absolutely terrified that this is where we are – that after so many decades of people fighting for women’s rights to their own bodies, today’s decision has stripped us of that.” Her statement prompts the sneaking suspicion that the multi-millionaire musician isn’t losing any sleep over the news.

In a Tweet urging fans to donate to pro-choice causes, indie artist Phoebe Bridgers confessed to procuring an abortion while on tour in October last year. Bridgers joined a long and consistently growing list of high-profile performers who have spoken publicly about getting abortions, including Stevie Nicks, Keke Palmer, Nicki Minaj, Whoopi Goldberg, Jameela Jamil, Uma Thurman, and others.

Celebrities have a right to maintain their personal convictions, and even to voice them when asked. However, they should be aware that their line of work doesn’t place them in a position of moral authority over the masses.

If anything, the opposite is true: their insulated culture alienates them from the sensibilities of the general public. Instead of using the stage as a pulpit to preach to us, entertainers should aim to entertain first and opine second (if at all). 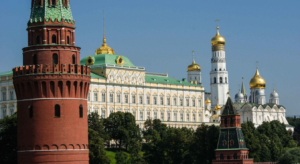