OPINION: America is an Airplane Falling Out of the Sky

I could point to the disgust with which I perceive the recent elections where degenerates and authoritarians like Hochul and Fetterman rise to their respective offices as proof of our modern degeneracy and the callousness of bureaucracy.

Certainly, there was some pushback in the midterm elections that showed some of the establishment actors who pushed mandates and lockdowns the hardest. And thank God for that.

When people share with me their grief about someone like Hochul retaining the governorship, I tell them I am unsurprised. She is a reflection of the worst of our population. America is lost because the people are lost. Especially the people in cities who vote overwhelmingly blue out of ignorance, selfishness, and fear. They have no regard for anyone other than themselves. Their solipsism is nearly an art form. These politicians who surf the low-information voter wave are not only miserable excuses for leadership, but they only reflect the worst in us.

You should not be surprised that the hypochondriac class who overwhelmingly dwell in city centers want to live in a police-state that exudes performative love and charity when in fact it lashes out at any dissent, will destroy your livelihood, and will harm children—under the guise of so-called love and equity. I know plenty of these people who are the science denying conspiracy theorists with booster shot track marks, who, throughout lockdown, have mutated into power hungry blobfish with the facade of a moral center.

I witnessed a subset of this modern degeneracy outside of politics, in daily life, while flying from DC to Florida—when the man seated next to me on the plane began to die.

At first, when he whispered that he was dying, I didn’t believe him. In fact, I dismissed it. I looked out the window and thought, “Yeah, we’re all dying”—in a we’re-all-hurtling-towards-this-inevitability way. In retrospect, I am ashamed of my own default to callousness.

As fate would have it, I’d been placed in the emergency window seat. The flight attendants made a verbal agreement with me that, in the event of an emergency, I could handle myself in a cool and responsible manner. Yet as this man told me he felt like he was dying, I did the unconscionable and looked out the window. If I ignored it, maybe it’d just stop. There appeared to be nothing physically wrong with him, so I guessed he was either a madman or hungover or both. He’d also been expressing anxieties since the moment we boarded. He kept leaning towards me to get a better look at the sky through the window and saying the clouds looked bad. “We’re never gonna take off,” he repeated to himself.

But we did take off and about halfway into our two hour flight, his skin turned green. He groaned. He jolted upright and gasped for air, then bent over and started to dry heave.

Those of us in his immediate proximity finally attempted to help. This started with questions. Are you OK? Are you able to speak? Do you have a medical condition? Does something hurt? Did you eat something weird?

My other seatmate and myself moved from our seats and we lay the sick man down, his feet protruding into the aisle. Suddenly, an older woman was over our shoulders. Turns out this was his mother.

She asked if we were doctors, and we said no. She looked around frightfully and then said, “I understand people don’t want to help because COVID.”

No one moved to help.

Somehow—the flight attendants had not rushed over to us yet. But when the man began to sweat through his shirt while his teeth chattered, his mom got their attention.

We stood over the man in his makeshift hospital bed. He was breathing, but his eyes were empty.

One of the flight attendants calmly walked to the cockpit to alert the pilot.

A moment later, the pilot spoke over the intercom and asked the quintessential, “Is there a doctor on the plane?”

Now everyone started to look around confused and concerned, and one woman stood up and joined us. She was a nurse.

She said we had to check his heart rate. She took off her apple watch and said she was about to put it on the man. Just as she reached for his wrist, the flight attendants stopped her.

“No one can perform any help until we get medical permission,” they said.

We were forced to watch the man suffer until someone on the ground told us it was OK to help.

“Medical permission” was the most insidious corporate sounding legalese. A phrase to protect the corporations more than the people. It is a barrier between them and accountability.

I practically had to give TSA a blood and urine sample before they allowed me to board under the auspices of safety—meanwhile, as a man died on the plane, we were forced to standby until some anonymous figure in an office gave us the go ahead.

The nurse went about her job. She was thorough and observant. She eventually got him upright and gave him some glucose that she happened to have in her carry-on.

His complexion returned, yet he was dazed.

I’d be wrong to condemn only the corporation for its callousness because the majority of the passengers exhibited the same lack of care once we landed. In fact, they expressed dismay at the man’s sickness because it became a hiccup in their important schedule. His ailment was merely an obstacle for them.

The pilot said the man with the “medical emergency” must be the first to get off the plane. EMTs waited for him in the terminal.

But the moment we landed, nearly everyone popped up from their seats and stood in the man’s way. He said, “I’m the medical emergency.” And they stared at him with blank eyes. All that mattered to them was that it was their time to get off the plane.

The sick man’s mother yelled, “We’re the medical emergency.” And no one standing in their way budged. The pilot came out and scolded people for not moving out of the way.

It was a callousness I thought would only be reserved for apocalyptic barbarism. But here it was in the recycled air on a plane; people in straw hats and colorful shirts completely incapacitated with self-importance and callousness.

It’s why I think voting in better politicians is not the whole answer to attempting to fix this country. Our pathetic and degenerate politicians are a reflection of modern society. It’s all nihilism hidden behind false charm.

It’s easier for many people to feign virtue and say the nice things and vote the way that makes them feel societally superior than it is for them to even lift a finger to help the dying man at their feet.

I worry that we are outnumbered by the depraved. Even though I believe a lot of people do attempt to operate out of good intentions—I think many of those good intentions are misplaced or rooted in deeply anti-human qualities that replace the idea of individuality with big government and a fetish for collectivism that overshadows the nature of the soul.

For a moment, before the man’s symptoms broke, I felt like he was a metaphor for the country. Those of us who attended to him might not have had the best answers or agreed on everything, but we banded together to try and sustain a failing system. But the red tape prevented us from making an immediate change. And then, it didn’t even seem to matter that we were able to help, because the horror vacui of the plane seemed to swallow us whole before exiting. The callousness feels irreversible. It is claustrophobic.

But he was not really a metaphor for America, nor were we some type of metaphor for the people attempting to rehabilitate it.

America is an airplane falling out of the sky. The pilot and copilot are incapacitated. Ground control is incompetent. And the passengers are fighting each other over whether or not the plane is even in a nosedive as the ground comes into view just before the crash. 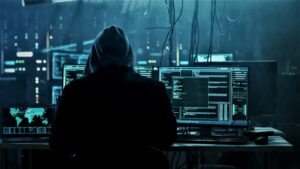