Millions of viewers have flocked to HBO’s Game of Thrones prequel series, House of the Dragon. Naturally, questions arose about how George R. R. Martin’s fantasy franchise would expand upon the dark themes and racy depictions of its predecessor.

Emily Carey, who began filming for the drama after turning 18, opened up about her experience performing intimate scenes with her 47-year-old co-star, Paddy Considine.

Carey, who plays King Viserys I’s young bride Alicent Hightower, was prepped for two intimate scenes with Considine. “Still being 17, the first scene that I read from the show was my sex scene and my intimacy scenes, that includes the scene where I’m bathing the king,” the actress told Newsweek.

Although Carey initially felt “scared” and “concerned,” she credited an on-set intimacy coordinator with making her feel comfortable: “She was a massive help… It was a lot easier than I thought it was going to be.”

A teenage actress riding the high of a breakout television role is unlikely to realize that. Emily Carey contractually agreed to film sexually explicit scenes while still underage – some would call that grooming. Sadly, the writers and producers of HOTD are able to avoid accountability by hiding behind the shield of intimacy coordinators.

The purpose of these on-set liaisons is primarily to ensure that actors perform well. If actors push back too hard on the script, they are aware that they can be easily replaced.

Ironically, Sean Bean, who played Ned Stark in Game of Thrones, recently lamented to The Times that intimacy coordinators “spoil the spontaneity” of intimate scenes and reduce them “down to a technical exercise.” Bean misses the mark on why intimacy coordinators create tension on film sets. They are hired to create the mere facade of a safe and comfortable work environment.

Emily Carey said the quiet part out loud in her interview with Newsweek: “It was empowering being on that set as a young girl and being treated the same as all of these very established men.” A teen actress shouldn’t be treated the same as an established middle-aged actor unless she is getting her ego stroked to distract her from an understandable hesitance about simulating intercourse on camera.

Twenty-two-year-old Milly Alcock, who plays teenaged Princess Rhaenyra Targaryen in HOTD, dished to the New York Post about a scandalous incestuous kiss scene she performed with her 39-year-old co-star, Matt Smith, who plays her uncle, Daemon Targaryen. “It was quite comfortable,” said the actress. “We had an intimacy coordinator, and we worked with her through the rehearsal process and blocked it out months before.”

The scene took place at a brothel full of nude extras whom Alcock claimed “were 69-ing for 12 hours. It’s pretty gnarly.” Despite appearances, explicit scenes like the one described often come across as more mechanical than tantalizing. Performers feel pressured into agreeing to explicit scenes, and then those explicit scenes fail to advance a plot.

By nature of the entertainment industry’s hierarchical, profit-driven structure, intimacy coordinators can’t solve this problem. The only reasonable solution is for showrunners to focus more on presenting a compelling story, and less on hooking viewers with shock value. 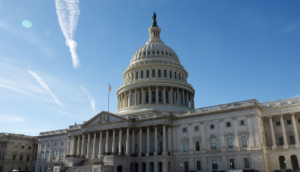