The OPEC Fund for International Development recently adopted its first Climate Action Plan, which will commit the group to increase funding for sustainable, low-carbon, climate resilient investments to 25 percent by 2025 and 40 percent by 2030.

“This is a historic moment as it commits the OPEC Fund to significantly increase its climate finance. Our new strategy is ambitious in its target numbers, but also in its approach to cover a variety of sectors where we invest,” said Dr. Abdulhamid Alkhalifa, OPEC Fund Director-General. “We are inspired by the conviction that climate goals and development objectives complement each other.”

Founded in 1976, the OPEC Fund was established by member countries of OPEC and is the only development institution that provides financing exclusively to non-member countries.

Pakistan recently partnered with the OPEC Fund on a new hydropower dam that will expand clean energy output and provide potable water to two million residents in Peshawar City.

The project will also make the city more resistant to flooding, once complete.

The OPEC Fund also recently funded a sustainable fishing project in Liberia that will increase the income of more than 55,000 people, along with enhancing the living conditions of local communities.

“We are pleased to partner with the World Bank to support Liberian fisheries, boosting livelihoods and empowering women,” Alkhalifa said. “Ensuring the productivity of fisheries and reducing post-harvest losses will not only improve living conditions and reduce economic vulnerability, but also contribute to food security and climate adaptation in Liberia.”

Last year, the organization provided $1.5 billion in funding to development in Africa, Asia, Latin America, and the Caribbean.

The OPEC Fund has provided more than 11 million households with water and sanitation, education to more than two million children, 7,160 new hospital beds, and $2 billion in funding to the agriculture sector, according to its 2021 Annual Report.

The organization also provided electricity to 270,000 people in Rwanda. 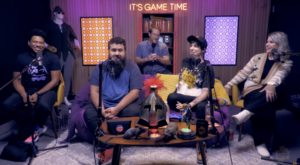