The International Olympic Committee (IOC) is changing the rules for transgender competitors after New Zealand weightlifter Laurel Hubbard, a 43-year-old transgender female, became the first openly transgender person to compete in the Olympics on Monday.

In 2015, the IOC approved rules allowing transgender females – biological males – to compete in the Olympics as the gender with which they identify. However, their testosterone levels must be below 10 nanomoles per liter for at least a year before competing. To put this number into perspective, this converts into testosterone levels of 288.42 ng/dL, a figure that falls inside the normal range of testosterone for males and is about 14 times the average testosterone level for females.

Two scientists who consulted with the IOC on their transgender athlete policy believe the 10 nanomoles per liter should be cut in half, which would make the limit 7 times the average testosterone levels of women. One of the scientists, Yale endocrinologist Myron Genel, told Yahoo Sports, “It’s pretty clear that the 10 nanomoles-per-liter testosterone threshold is too high.”

Genel also said that he believes the 12-month requirement for testosterone levels below the limit is not long enough. The time requirement is particularly hard to decide as it has long been known that exposure to higher levels of testosterone leads to likely permanent performance-enhancing effects, including a permanent increase in myonuclei via testosterone-stimulated accrual from satellite cells.

A 2013 study demonstrated the effects of increased myonuclei after exposure to high levels of testosterone. In the study, female mice were treated with testosterone for 14 days, which caused a 66% increase in the number of myonuclei and a 77% increase in muscle fiber cross-sectional area. After discontinuing treatment, muscle fiber size decreased but the number of myonuclei remained elevated when tested three months later (more than 10% of the mouse lifespan). At this time, when the testosterone-treated female mice were subjected to 6 days of exercise, their muscle size grew by 31% while the control female mice did not have significant muscle growth.

The IOC’s new rules are expected to be announced later this year. According to Katie Mascagni, IOC head of public affairs, the research the IOC will be using must be “contextualized” before the announcement.

“What might be true for rowing and this specific discipline — where potentially testosterone or other aspects come into play in order to justify the reasons there is a disproportionate advantage — might be totally irrelevant in another context,” Mascagni said. 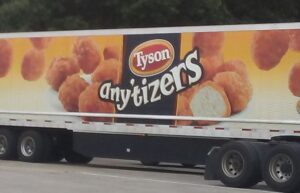 Tyson Foods Will Require Employees to be Vaccinated