Senator Rob Standridge, a Republican from Oklahoma, has introduced legislation that would empower parents to sue any public school educator that might teach anything “in opposition to closely held religious beliefs of students.”

The bill coincides with SB 1142, another piece of legislation introduced by Standridge, which states any literature promoting “the study of sex, sexual preferences, sexual activity, sexual perversion, sex-based classifications, sexual identity, or gender identity or books that are of a sexual nature” should be removed from public schools.

The proposed legislation states that the texts must be banned because “a reasonable parent or legal guardian would want to know of or approve of [them] prior to their child being exposed to it.”

The bill contains a more harsh approach to the issue of banned texts.

According to SB 1142, school staff is required to remove any text within 30 days of a parent’s request. Should the staff fail to comply, they will be fired. They would also be barred from being hired at any other public school for a period of two years.

This bill, like Senate Bill 1470, allows parents to seek damages in the amount of a minimum of $10,000 per day for each day the book remains on the shelf.

The bill also states that the educator is personally responsible for the monetary fine in question, and it is not the responsibility of the school or organization. The bill further states that the penalty may not be covered by any outside organization or group, putting the teacher’s personal finances on the line.

Opponents of the bills have expressed concern over such targeted issues in curriculum and texts.

“These books are there to give our kids the language that they need to express how they are already feeling, and that’s it,” said Morgan Allen, director for Oklahomans for Equality, when he spoke to the McAlester News-Capital.

Rep. Jacob Rosecrants said that the bill would cause chaos by giving so much power to individual parents. He also said the legislation may ban any text that mentions the word “sex.”

While it appears Standridge intends the legislation to protect those who have a Judeo-Christian belief system, SB 1470 gives general provision to sue for any views taught that offend any open religious belief system.

“A biology teacher who explains evolution could be ratted out by a Creationist who’s failing science class,” wrote Hemant Mehta, founder and editor of the website Friendly Atheist. “A health teacher who educates students about different forms of birth control won’t be in that classroom for very long if an abstinence-promoting teenager is on the roster. A history teacher who correctly describes the Founding Fathers as a mix of religious and non-religious individuals could be a target of conservative evangelicals … An English teacher who wants to challenge kids with controversial thought-provoking literature would be forced to stick to only the blandest books.”

Standridge stands firmly beside his legislation. When asked about both bills in December, he said, “Our education system is not the place to teach moral lessons that should instead be left up to parents and families.”

“Unfortunately, however, more and more schools are trying to indoctrinate students by exposing them to gender, sexual, and racial identity curriculums and courses. My bills will ensure these types of lessons stay at home and out of the classroom,” he concluded. 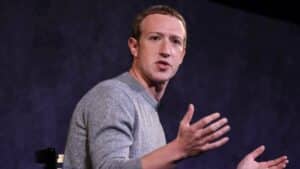