Oklahoma House Passes Legislation That Would Ban Almost All Abortions

On Tuesday, Oklahoma’s House of Representatives passed a bill that would ban nearly all abortions in the state.

According to House Bill 4327, medical providers in the state would be barred from providing any form of abortion services, with the only exception being life-saving measures for the mother.

Similar to the abortion laws passed in Texas, residents of the state would be able to sue doctors who perform abortions. Additionally, the measure allows the state’s residents to file civil suits up to $10,000 against anyone who might assist in an abortion.

The next step in the process will be a vote by Oklahoma’s state Senate. If this bill is approved in the Senate, it will become one of the most strict abortion laws in the United States.

The Oklahoma Senate has already passed other restrictive measures on abortion. The state Senate’s Health and Human Services Committee passed Senate Bill 1553, which bans abortion if more than 30 days have passed since the beginning of a patient’s last menstrual period. The bill allows an exception in cases necessary to protect the life or health of the mother.

Oklahoma has joined Texas and Idaho in passing controversial laws that allow private citizens to sue anyone who performs, aids, or abets an abortion in the circumstances outlined in legislation. Both Texas and Idaho laws prohibit abortions after six weeks of pregnancy.

A Florida bill banning abortions after 15 weeks of pregnancy was also recently enacted.

Similar laws in other states have drawn much attention. The Supreme Court is expected to rule on one such case from Mississippi, which has a 15-week abortion ban. The case could overturn or significantly weaken Roe v. Wade, the 1973 ruling that guaranteed the right to abortions nationwide. 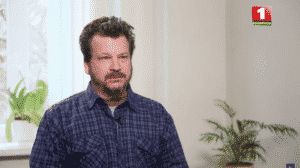