The Oklahoma National Guard will not require its members to get the COVID-19 vaccine despite a mandate from the Pentagon.

In a memo sent on Nov. 11, newly appointed Army Brigadier General Thomas Mancino announced that the 10,000 Guardsmen would not be required to get the vaccination. None of the unvaccinated members will face punishment.

“I hereby order that no Oklahoma Guardsmen be required to take the COVID-19 vaccine, notwithstanding any other federal requirement,” the memo read. “Oklahoma Commands will continue to process Federal vaccine waivers in accordance with DOD policy.”

Mancino’s memo made clear that if the guardsmen were federally mobilized, they would have to get vaccinated.

In August, the Pentagon announced that all 2.1 million U.S. military service members would be required to get the COVID-19 vaccine.

Oklahoma’s Governor Kevin Stitt asked Defense Secretary Lloyd Austin in a letter earlier this month to suspend the mandate for members of the state’s National Guard.

“We estimate that over 800 Oklahoma guardsmen have not and do not plan on receiving the COVID-19 vaccine. This constitutes 10% of Oklahoma’s overall force,” he wrote. “It is irresponsible for the federal government to place mandatory vaccine obligations on Oklahoma national guardsmen which could potentially limit the number of individuals that I can call upon to assist the state during an emergency.”

The Pentagon acknowledged the letter but said “that a vaccinated force is a more ready force.”

Stitt tapped Mancino to replace General Michael Thompson, who supporters the federal COVID-19 vaccinations mandate. His office denied that the change was made because of their differing views of the vaccination.

“The governor had been exploring making a change for a number of months, and (Gen.) Thompson had submitted his resignation,” which is effective in January, Stitt spokesperson Carly Atchison told AP News. “Once the governor selected (Gen.) Mancino as his replacement, the governor decided to move up the timeline.”

Mancino is fully vaccinated and has encouraged other members of the state’s national guard to get vaccinated if they choose. 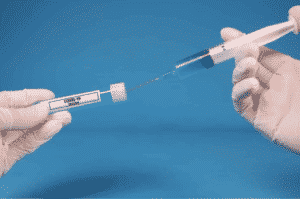