The state now has the strictest abortion law in the nation.

The law, House Bill 4327, went into effect immediately upon signing and bans abortions unless the procedure is necessary to save the life of the mother or is the result of rape, sexual assault or incest that has been reported to law enforcement.

Removing a miscarried fetus or ectopic pregnancy will not be considered “abortion.”

“I promised Oklahomans that as governor I would sign every piece of pro-life legislation that came across my desk and I am proud to keep that promise today,” Stitt said in a statement.

“From the moment life begins at conception is when we have a responsibility as human beings to do everything we can to protect that baby’s life and the life of the mother. That is what I believe and that is what the majority of Oklahomans believe. If other states want to pass different laws, that is their right, but in Oklahoma we will always stand up for life,” the statement continued.

Similar to the Texas Heartbeat Act, the bill will allow individuals to file civil lawsuits against anyone who performs or aids and abets an abortion.

The legislation says that the plaintiff must be awarded “injunctive relief sufficient to prevent the defendant from violating this act or engaging in acts that aid or abet violations of this act” and “statutory damages in an amount of not less than Ten Thousand Dollars ($10,000.00) for each abortion that the defendant performed or induced in violation of this act, and for each abortion performed or induced in violation of this act that the defendant aided or abetted.” The guilty party will also be responsible for the plaintiff’s attorney fees and potentially compensation for any “emotional distress” that they were subjected to.

The law will not prohibit Plan B, morning-after pills, or any other type of contraception or emergency contraception.

“Today’s action by the Oklahoma legislature is the most extreme effort to undo these fundamental rights we have seen to date. In addition, it adopts Texas’ absurd plan to allow private citizens to sue their neighbors for providing reproductive health care and helping women to exercise their constitutional rights,” the White House said.

“This is part of a growing effort by ultra MAGA officials across the country to roll back the freedoms we should not take for granted in this country. They are starting with reproductive rights, but the American people need to know that other fundamental rights, including the right to contraception and marriage equality, are at risk,” the statement added.

The restrictions in Texas had caused an uptick in abortions in Oklahoma, as women have been travelling to nearby states for the procedure. 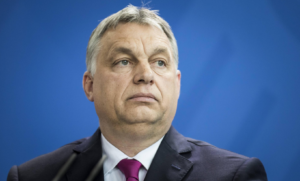