Former President Barack Obama will return to the White House Tuesday for the first time since his exit in 2017 in a joint effort with President Joe Biden to expand the Affordable Care Act (ACA).

The focus of the meeting is to remove the so-called “family glitch” from the healthcare initiative and provide the premium tax credit benefits for more Americans.

Under the current ACA provisions, a single family member may be eligible for premium care through their employer, but the same benefit does not apply to the remaining family members. The Biden administration is focused on changing this policy and making the benefit available to all family members.

The proposed “family glitch” solution has been outlined by the White House.

In a transcript of a call between senior officials, the leadership said:

“Spouses and kids that are offered coverage through a family member’s job, under current rules, they’re treated as having affordable coverage no matter what the actual cost of that coverage is for them. So that could mean that families would have to pay 25 or 30 percent of income to get coverage through their employer, and they can’t get financial help under the ACA, under today’s rule.”

“So, the rules that Treasury is releasing tomorrow will propose to change that. Under Treasury’s new proposed rules, family members who have to pay more than 10 percent of income for coverage will be able to get financial help under the ACA,” the transcript continues.

According to the Fact Sheet released by the White House, “The Treasury Department and the Internal Revenue Service are proposing to eliminate the ‘family glitch.’ Should today’s proposed rule be finalized … it’s estimated that 200,000 uninsured people would gain coverage, and nearly 1 million Americans would see their coverage become more affordable.”

The White House has said that a change to the ACA rules would “amount to the most significant administrative action to improve implementation of the ACA since its enactment.” 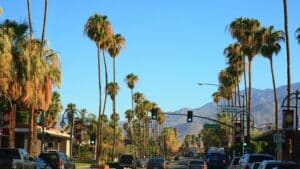