Construction has been halted at the Obama Presidential Center following a disclosure from the workforce that a noose was found at the site of the project.

Lakeside Alliance, a consortium of black-owned construction companies that’s responsible for the project, has ceased operations while an investigation is underway into the origin of the noose. “We have notified authorities who are investigating the incident,” they said.

The $830 million project, which began in August of 2021, is scheduled to be completed by 2023. The center, which is being built by the Obama Foundation to commemorate his presidency, is planned to incorporate a museum and a library that will house and digitize papers from the Obama presidency.

“Our priority is protecting the health and safety of our workforce,” the Obama Foundation said of the incident while condemning it as an act of “cowardice.”

While the investigation is underway, Lakeside Alliance has opted to offer a reward of $100,000 for information that leads to the apprehension of the perpetrators.

In a statement released through Twitter, Illinois Governor J.B. Pritzker decried the act. “Hate has no place in Illinois. The noose is more than a symbol of racism, it is a heart-stopping reminder of the violence and terror inflicted on Black Americans for centuries. I condemn this act of hate in the strongest possible terms, and the state of Illinois will make all needed resources available to help catch the perpetrators,” he said.

The Obama Foundation’s efforts to build the eponymous presidential center have not been without challenges. A group of black residents, distraught by the skyrocketing rent, have fought with the nonprofit to secure a community benefits agreement — a pledge to the community from the sponsoring organization that certain benefits, like preferred employment, will be made available to residents in exchange for the community’s support of the project.

“Typically, when something major comes into a community, taxes go up, low-income residents are displaced, there is an influx of new residents who want to be in the area — it’s sexy — prices go up. We want to be sure when it floats, we float with it,” local resident Deborah Taylor said of the project.

While the city of Chicago has signed onto a benefits agreement, the Obama Foundation has thus far refused. 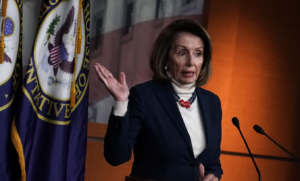