This image was originally posted to Flickr by Public Advocate Bill de Blasio at https://flickr.com/photos/[email protected]/4248256755 No changes were made to this image.

Both of Bill de Blasio’s possible successors have vowed to not only save but expand New York City Pubic Schools’ gifted and talented program.

The outgoing mayor announced on Oct. 8 his plan to phase out the gifted and talented programs for elementary school students. Critics of the program say it discriminates against Black and Hispanic children.

“The era of judging 4-year-olds based on a single test is over,” de Blasio said in a statement. He said his alternative program, Brilliant NYC, would expand accelerated learning options to students of all ages.

Approximately 2,500 of the city’s 65,000 kindergartners are admitted to the program per year.

According to NBC News, “the new plan comes two years after a diversity task force in New York recommended scrapping most selective programs that use test scores and other criteria to determine class placement, and which helped create a two-tier school system where 75 percent of the students in gifted and talented programs were either white or of Asian descent.” The task force said “students who didn’t make that cut were relegated to inferior schools with fewer resources.”

Gifted and talented programs have been an integral option for generations of schoolkids. @BilldeBlasio promised intensive public engagement about it but now wants total elimination. This won’t help his abysmal record. If anything, his legacy will be revocation of mayoral control.

Lauri Kirsch, president of The National Association for Gifted Children Board of Directors, said the mayor’s plan did not meet the needs of gifted learners.

“Moving forward, I’m hopeful that the mayor and New York City Department of Education will reconsider this plan and keep the best interests of our gifted children in mind,” she said, per NBC News.

Democrat Eric Adams, the Brooklyn borough president, offered his first specific position on the long-criticized program on Oct. 15. Adams is considered by many to be the likely next mayor of the city.

He said he would make the gifted and talented test a standard practice for all students, with the option for parents to opt-out. Currently, families have to sign up for the test, typically when a child is four years old. Adams also said he will offer the tests more frequently at several ages.

Republican mayoral candidate Curtis Sliwa has also said he would re-implement the gifted and talented program if elected.

“I would expand Gifted and Talented. You just need more slots, more opportunities for gifted and talented. The mayor has delivered this October surprise and caused tremendous duress to families and children,” Sliwa said, per The New York Post.

The test was canceled last year because of the COVID-19 pandemic. De Blasio’s term ends in December, leaving his policy change up to his successor to enforce. Under his plan, the test would not be offered again. 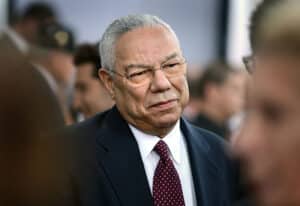