Novak Djokovic has been deported from Australia, Called A Threat To Public Health

Novak Djokovic, tennis' top star, has been deported from Australia after his final legal bid to stay was dismissed

Novak Djokovic was deported from Australia on Sunday after his visa was once again revoked for failing to convince a high court of his eligibility to remain in the country.

The Serbian national departed the country on an Emirates flight from Melbourne headed for Dubai shortly before midnight in Australia.

Hawke exerted his executive power on Friday, canceling Djokovic’s visa. Djokovic is the world’s number one men’s tennis player and was set to compete in the Australian Open this week.

Despite a court ruling last week in his favor, his bid for the championship has ended. This week Australian lawyers argued he’d become a public health threat as a relatable and inspirational figure for anti-vaxxers in the nation.

Djokovic, a twenty-time Grand Slam Champion, said he was very disappointed in the case’s outcome but respected the court’s decision. Djokovic also stated that he would comply with the ruling.

Immigration Minister Alex Hawke was pleased with the court’s decision to “exercise my power to cancel Mr. Djokovic’s visa in the public interest.”

Chief Justice James Allsop ruled that Djokovic would also be unable to file an appeal in Hawke’s decision.

Djokovic, as a result, will be held responsible for all of the legal fees related to the case.

A three-year ban on returning to Australia most often accompanies deportation. However, there has been no official statement regarding Djokovic’s case’s long-term ban.

“Australians have made many sacrifices during this pandemic, and they rightly expect the result of those sacrifices to be protected,” Morrison said.

“You saw in the pointless court proceeding how much the prosecution lied,” he said. “They say there are fewer than 50% vaccinated people in Serbia, and officially the number is 58%,” Vucic said

The Association of Tennis Professionals, organizers of the men’s tennis tour, said in a statement: “Today’s decision to uphold Djokovic’s visa cancellation marks the end of a deeply regrettable series of events,” said the ATP. “‘Irrespective of how this point has been reached, Novak is one of our sport’s greatest champions, and his absence from the Australian Open is a loss for the game.” 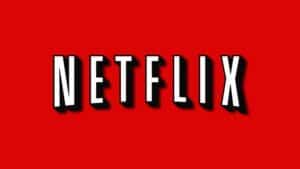 Netflix is Raising Prices in US and Canada

4 responses to “Novak Djokovic has been deported from Australia, Called A Threat To Public Health”