North Korea fired two ballistic missiles in what is believed to be retaliation for the Biden administration’s sanctions imposed for earlier launches.

The missiles, which are reported to be short-range, were fired 11 minutes apart on Jan. 14 in the North Pyongan province.

South Korea’s Joint Chiefs of Staff reported the missiles flew 267 miles (430 kilometers) and reached a maximum altitude of 22 miles (36 kilometers). Both ultimately landed in the sea off the nation’s east coast.

The Japanese Chief Cabinet Secretary Hirokazu Matsuno said the coast guard had received no reports of any damage caused to a vessel or aircraft because of the launch.

The Biden Administration sanctioned five North Korean officials this week for the two missile tests the nation held in January. Those involved are accused of helping North Korea obtain equipment and technology used to strengthen its missile program.

The announcement of the sanctions from the Treasury came shortly after North Korea tested a hypersonic missile on Jan. 11. Hypersonic weapons can fly at speeds of five times the speed of sound.

“If the U.S. adopts such a confrontational stance, the DPRK will be forced to take a stronger and certain reaction to it,”  said a North Korean foreign ministry spokesperson in a statement on the nation’s official Korean Central News Agency.

The unnamed spokesperson also said, “The US is intentionally escalating the situation even with the activation of independent sanctions, not content with referring the DPRK’s just activity to the UN Security Council.”

“North Korea has been ramping up tests of new, potentially nuclear-capable missiles designed to overwhelm missile defenses in the region,” reports AP News. “Some experts say [Kim Jong Un] is going back to a tried-and-true technique of pressuring the world with missile launches and outrageous threats before offering negotiations meant to extract concessions.”

In addition to sanctioning North Korea, the United States recommitted to removing all nuclear weapons from the Korean Peninsula.

While on a call with Japanese and South Korean officials on Jan. 12, U.S. Special Representative for the Democratic People’s Republic of Korea Sung Kim reaffirmed America’s commitment to the goal.

Kim also reiterated on the call that the Biden administration would be willing to resume denuclearization talks and diplomacy with North Korea. 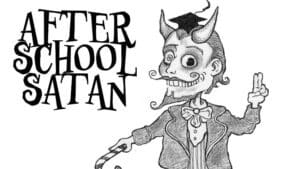