North Korea confirmed on Oct. 10 that among its recent flurry of missile tests were the simulated use of tactical nuclear weapons against South Korean and U.S. targets in the region.

Two nuclear-capable, short-range ballistic missiles were successfully tested on Oct 9 amid what the North calls “dangerous military drills” between the U.S. and South Korea involving the movement of a U.S. aircraft carrier near the Korean Peninsula.

The government’s Korean Central News Agency (KCNA) said that during this time the South’s military chief made “unreasonable and provocative remarks” regarding the North, which revealed “his will for confrontation.”

KCNA says North Korean leader Kim Jong Un oversaw North Korea’s drills, which were aimed at demonstrating the ability to rapidly deploy tactical nuclear weapons, assess the reliability of the management system, and make sure the military had an effective rapid response posture.

The North’s state media also said its military drills were carried out to assess the nation’s war deterrence and counterattack capability, in a “severe warning to the enemies.”

“Through seven times of launching drills of the tactical nuclear operation units, the actuality of the nuclear combat forces of our state and its militant effectiveness and actual war capabilities, which is fully ready to hit and wipe out the set objects at the intended places in the set time, were displayed to the full,” the North’s official Korean Central News Agency said.

Over the past two weeks, North Korea has fired 12 ballistic missiles in seven separate weapons tests. The North has conducted a record-setting 25 missile tests in 2022.

Concerns grew this year after North Korea updated its laws to allow preemptive nuclear strikes, even when facing non-nuclear attacks that threaten Pyongyang’s leadership. The new law also allows the North to use nuclear weapons to prevent a vaguely termed “catastrophic crisis.”

Un called the most recent missile launches an “obvious warning” to the South and U.S.

“The U.S. and the South Korean regime’s steady, intentional and irresponsible acts of escalating the tension will only invite our greater reaction, and we are always and strictly watching the situation crisis,” he said. 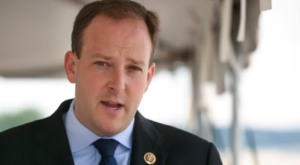 Two People Shot Outside the Home of Congressman Lee Zeldin