A North Carolina teacher who was previously fired for presenting lecture alternatives to critical race theory, identity politics, and lack of viewpoint diversity in American education is suing the state’s Department of Public Instruction.

David Phillips, who taught at the North Carolina Governor’s School for eight years and was dismissed “without warning or explanation” in 2021 after delivering his series of lectures, announced he was suing the North Carolina Department of Public Instruction in an op-ed for the Carolina Journal.

“I was dismissed without warning or explanation right after giving a series of lectures espousing the principles of free inquiry and viewpoint diversity on which the Governor’s School is based,” Phillips wrote. “That’s an irony apparently lost on the program’s administrators.”

“Teachers are fired nearly every day in America, for all kinds of reasons. None should include a teacher’s doing exactly what he was hired to do and had done without complaint several times before.”

The school describes itself as a “safe, non-competitive intellectual environment where ideas from many disciplines are entertained and active learners are taken seriously,” Phillips claimed.

“That was an ideal setting for a teacher, like me, who delights in challenging students to think for themselves … to move beyond their own biases and assumptions … to seriously consider perspectives that differ from the current cultural waves and political fashions.”

Phillips said he noticed social and political shifts pushing critical theories of race, gender, and other progressive philosophies being emphasizedby the Governor’s School’s faculty and curriculum. The teacher also noted the school appeared to exclude alternative and dissenting views and refused to address his concerns.

“I began offering lectures presenting alternatives to critical race theory and identity politics and critiquing the lack of viewpoint diversity in American education,” he wrote.

“But in the summer of 2021, during the question-and-answer sessions following my lectures, I experienced particularly palpable hostility from some students and fellow staff,” Phillips continued, claiming the school allowed him to supplement regular course work with optional seminars on topics of their choosing.

“They attacked ‘whiteness’ and ‘the patriarchy,’ even though my lectures were about ideas, not identities. Mostly, though, they seemed to resent that anyone would dare present views contrary to critical theory.”

Following aggressive pushback from his last lecture, Phillips was informed by the site director he would be dismissed.

“I’m challenging my termination in court through my attorneys with Alliance Defending Freedom because I’d like to see those principles restored,” Phillips announced. “I’d like to see greater accountability among those responsible for maintaining the Governor’s School’s original mission of teaching students to think for themselves. And I’d like to be a part of that program again — helping our most gifted teens bring their fine minds to bear on the most important issues of our time.”

In late December, North Carolina’s superintendent of public instruction Catherine Truitt published a letter alleging Phillips “belittled them, used racial slurs, and even brought some students to tears, all without allowing for any discussion or open dialogue.”

“Nothing could be further from the truth. In fact, it was I who was belittled, whose efforts to provide an open and engaging learning environment were repeatedly opposed, and whose race was denigrated,” Phillips said of Truitt’s allegation. “To have these baseless accusations cynically leveled against me is genuinely galling and hurtful.”

The North Carolina Governor’s School is a four-week summer residential program for gifted and talented high school students, integrating academic disciplines, the arts, and unique courses on each of two campuses. 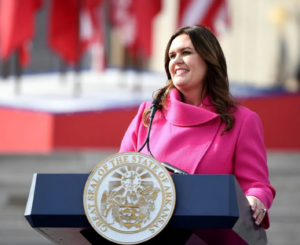