A professor fired from the North Carolina Governor’s School over his criticism of Critical Race Theory has filed a lawsuit alleging that the institution violated his constitutional right to free speech and unlawfully retaliated against him over his political views.

The professor, Dr. David Phillips, is an English professor who has spent eight summers teaching at the Governor’s School as part of a residential summer program for the state’s most talented rising high-school seniors.

Phillips is represented by attorneys from the Alliance Defending Freedom, who filed the lawsuit earlier this month in state court.

In a press release about the lawsuit, the ADF said that “for years, Phillips spoke out against the school’s increasing adoption of critical theory, an ideology that views everyone and everything through the lens of characteristics like race, sex, and religion, labeling people as perpetual oppressors or victims based on group membership alone. After Phillips delivered three optional seminars in June 2021 critiquing critical theory and the increasing bias and lack of viewpoint diversity in higher education, North Carolina public school officials fired him mid-session without any explanation.”

The legal organization said that Phillips’s three optional seminars, which were similar to others he’d delivered in previous years and open to any student or staff member to attend if they so desired, discussed (1) a social psychology critique of some concepts from critical theory; (2) understanding speech through the lens of speech-act theory; and (3) the increasing ideological bias and lack of viewpoint diversity in higher education.

“In an academic environment committed to exploring a wide range of differing viewpoints, as the Governor’s School claims to be, no teacher should be fired for offering a reasoned critique of critical theory. But that’s what happened to Dr. Phillips,” said ADF Senior Counsel Hal Frampton. “There is no lawful explanation for the way North Carolina public school officials treated Dr. Phillips. He was beloved, respected, and regarded by both students and faculty as an advocate for students who felt that their voices weren’t being heard and their perspectives weren’t welcomed at the Governor’s School. By firing him, the Governor’s School violated his constitutional right to free speech and unlawfully retaliated against him for deviating from the Governor’s School’s ideological orthodoxy.”

Phillips claims that after the seminars, he was met with hostility from members of the staff and student body.

“The day after Phillips’ third optional seminar, the Governor’s School fired him without warning or explanation,” the ADF explained. “When he asked why, he was told no explanation would be given, and that there was no appeal or other recourse. Phillips had always received glowing performance reviews without a single negative comment up until the point of the lectures.” 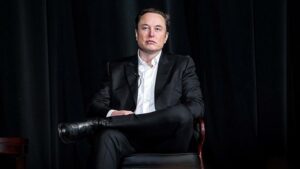