'North Carolina will serve as an increasingly critical access point for reproductive health care services for people across the Southeast and country,' Cooper wrote

Cooper signed an executive order that prohibits state agencies and employees from cooperating with out-of-state investigations that could be launched by home states of non-residents who travel to North Carolina for an abortion.

“Those who lawfully provide, assist, seek, or obtain reproductive health care services in North Carolina should not be subject to criminal or civil penalties in other states,” the governor stated.

In the July 7 order, Cooper affirmed that he “is committed to protecting reproductive freedom and the right for women to make their own medical decisions in North Carolina.”

At his discretion, Cooper will decline requests for extradition from other states for people charged with violating laws that pertain to providing or securing “reproductive health care services that are lawful in North Carolina.” The governor will grant extradition if the charges stem from crimes that would also be considered a violation of North Carolina state law.

Any state agencies that are “part of the Governor’s Office or are headed by members of the Governor’s Cabinet” are prohibited from sending pregnant employees to any state that “imposed restrictions on access to reproductive health care services if those restrictions do not include an exception for the health of the pregnant Cabinet Agency employee.” The exceptions must be acceptable to the individual employee.

“All other state agencies are encouraged to voluntarily adopt the provisions of this Executive Order,” Cooper noted.

The order went into immediate effect.

North Carolina permits abortion until 24 to 28 weeks when fetal viability can be established. Abortions after fetal viability are permitted provided there is a fatal threat to the mother’s health.

“North Carolina has 14 clinics that perform abortions across the state, including four in the Raleigh area, three in the Charlotte area, two in Fayetteville and Winston-Salem and one in Asheville, Greensboro and Wilmington,” per Star News.

The state’s Republican Party is three seats short of a super majority in the state House and two seats short in the Senate, giving the party the power to nullify any vetoes from Cooper on future legislation, per AP News.

“People throughout the Southeast rely on North Carolina as an access point,” Johnson said. “Without Govenor Cooper’s help, without his veto, access for people in North Carolina and South Carolina, Tennessee and the entire region would be devastated.”

Similar orders have been signed by other Democrat governors including Governor Janet Mills of Maine and Governor Dan McKee of Rhode Island. 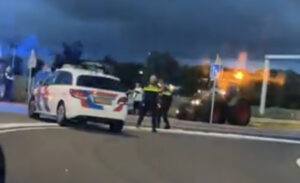