An annual report from NHS Resolution — which handles negligence claims for NHS — shows that the department will need to pay out more than a billion pounds to pay compensation claims for “clinical negligence” and other poor services during the pandemic.

The amount is more than double the total from the year prior. According to the report, the “main driver” of the increase “is the higher number of assumed claims in relation to the indirect impacts of COVID-19 of delays, cancellations and misdiagnosis reflecting longer waiting lists.”

Families have been retaining legal counsel to seek compensation after losing family members because of restrictions put in place by the government.

Jackie Linehan, legal director at clinical negligence specialists Enable Law, is representing the family of a man who needed urgent heart surgery in April 2020, but was forced to postpone it, resulting in his death in June, according to the Telegraph.

“Cases like the one referenced above are shocking and incredibly hard for those that are close to the patient to come to terms with,” said Linehan. “We anticipate the number of claims relating to deaths and avoidable injuries to increase because of the delays in treatment throughout 2020 and 2021. A lot of individuals are only just realising the consequences of not being seen much sooner.”

The NHS announcement comes just weeks after a separate report showed that Europe now faces a “cancer epidemic” because of missed screenings during the pandemic.

More than 100 million cancer screenings were missed and as many as one million Europeans may now have an undiagnosed cancer because of the backlog caused by government-imposed lockdown measures.

“The negative impact of Covid restrictions on other time-critical conditions such as cancer and cardiovascular disease has been predicted since April 2020, with significant harm expected in many patients from delays to diagnosis and treatment,” Professor Gordon Wishart, chief medical officer at Check4Cancer and Visiting Professor of Cancer Surgery at Anglia Ruskin University, told the Telegraph, responding to news about the billion pound fund.

“The fact that NHR Resolution has set aside £1.3 billion pounds for future clinical negligence claims is an acknowledgement that the unintended consequences of Covid restrictions will continue for some time, and that these claims are likely to succeed,” he added. “Given the current scale of excess deaths from many conditions including cancer and cardiovascular disease, £1.3 billion pounds may not be enough.”

The Telegraph is also reporting that England and Wales have experienced more than 28,000 non-COVID excess deaths since April, citing a significant rise in mortality from heart problems, diabetes, and cancer. 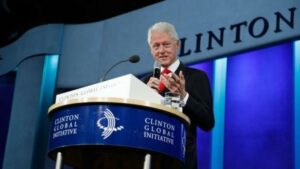