Other sports’ governing bodies made similar announcements this week

The National Hockey League formally denounced Russia for invading Ukraine and announced formal measures taken against the country while the conflict continues.

“The National Hockey League condemns Russia’s invasion of Ukraine and urges a peaceful resolution as quickly as possible,” said a statement published on Feb. 28.

The NHL put an immediate end to its partnership with Russian companies and suspended its “Russian language social and digital media sites.”

“In addition, we are discontinuing any consideration of Russia as a location for any future competitions involving the NHL,” the organization announced. “We also remain concerned about the well-being of the players from Russia, who play in the NHL on behalf of their NHL clubs, and not on behalf of Russia. We understand they and their families are being placed in an extremely difficult position.”

The NHL will no longer stream games on Yandex, an internet company based in Europe and one of the largest providers to Europe. The organization had signed a multi-year extension at the beginning of 2022.

The league is also pausing its work with Russian betting company Liga Stavok, per ESPN.

The International Ice Hockey Federation also took action against Russia on Feb. 28. The IIHF banned teams from Russia and Belarus from participating in international events and will select a new location from the 2023 World Junior Championship tournament, which Russia had been selected to host from Dec. 26 to Jan. 5. The organization did not say if the 2023 Men’s Ice Hockey World Championship would also be relocated from Saint Petersburg.

“The IIHF is not a political entity and cannot influence the decisions being taken over the war in Ukraine,” said Luc Tardif, the IIHF President. “We nevertheless have a duty of care to all of our members and participants and must therefore do all we can to ensure that we are able to operate our events in a safe environment for all teams taking part in the IIHF World Championship program.”

Similar announcements were made by FIFA and the Union of European Football Association after both soccer organizations ended partnerships with Russian companies.

Professional hockey is particularly connected to the conflict between Russia and Ukraine as many of its top players are from Russia. This includes Washington Capitals winger Alex Ovechkin, Pittsburgh Penguins center Evgeni Malkin and New York Rangers winger Artemi Panarin.

Approximately 5% of the league is from Russia. Around 50 of the 55 Russian-born NHL players have played in at least one game this season. 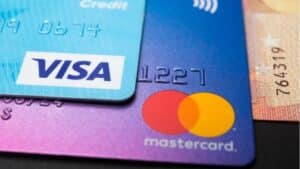