New Zealand’s Ministry of Health has launched an investigation into a man accused of taking up to ten COVID-19 vaccines a day on behalf of paying customers.

The man, who has not been publicly identified, would allegedly get vaccinated while pretending to be those who hired him.

New Zealand does not currently require any form of identification to get a vaccine. Instead, the person only has to provide their name, address, and date of birth to the healthcare worker.

Astrid Koornneef, group manager operations for the Covid-19 vaccine and immunization programme, told the New Zealand Herald that the Ministry of Health is taking the matter very seriously.

“We are very concerned about this situation and are working with the appropriate agencies,” she said.

Vaccinologist and associate professor Helen Petousis-Harris told the newspaper that the person who took the vaccines is not likely to have serious health problems associated with the high number of doses. However, she believes they likely felt like “crap” the next day “from a general immune response.” She also blasted those who would take advantage of someone so desperately needing money.

“We know that people have in error been given the whole five doses in a vial instead of it being diluted, we know that has happened overseas, and we know with other vaccines errors have occurred and there has been no long-term problems,” she said.

In a statement to Newsweek, Koornneef added that “people who have had more vaccine doses than recommended” should “seek clinical advice as soon as practicable.”

“To assume another person’s identity and receive a medical treatment is dangerous,” Koornneef’s statement to the magazine continued. “This puts at risk the person who receives a vaccination under an assumed identify and the person whose health record will show they have been vaccinated when they have not.”

“Having an inaccurate vaccination status not only puts you at risk, it puts your friends, whānau [extended family] and community at risk, and the healthcare teams that treat you now and in the future,” she continued. “Medical practitioners operate in a high-trust environment and rely on people to act in good faith to share information accurately to assist with their treatment.”

As of December 11, 77.7 percent of the New Zealand population has had at least one dose of the vaccine.

The nation has implemented severe restrictions upon those who have not complied and have been met with large protests. 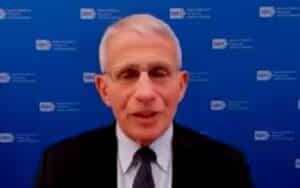