The New York Supreme Court sided with a Republican state senator who challenged the constitutionality of regulation established by the state Department of Health.

Judge Ronald Ploetz of Cattaraugus County ruled in favor of state Senator George Borrello, who sued the department in April for violating the separation of powers. The department established isolation and quarantine periods for people suspected of having a communicable disease such as COVID-19.

The policy, NYCRR 2.13, was initially adopted as an emergency measure on Feb. 22, 2022 and was subsequently renewed for several 90-day intervals. The regulation is currently in effect through July 20 and is pending permanent adoption.

Under NYCRR2.3, health department officials and local health authorities could mandate isolation and quarantine periods for people who may have been exposed to an illness. The officials could require the individuals to isolate in quarantine at locations other than their residences, including hospitals, motels, or apartments.

“The provisions closely resemble the provisions in the controversial Assembly Bill 416, which was proposed prior to the pandemic and never received the legislative support required to move forward,” reported the Olean Times Herald.

“The expansive emergency powers that were given to the Executive Branch during the pandemic set a dangerous precedent that was ripe for abuse,” Senator Borrello said in a statement to the outlet on July 8.

“Reluctant to relinquish the unrivaled authority that accompanied New York’s ‘state of emergency’, the governor sought to improperly use the agency rulemaking process as another conduit for unilateral control,” Borrello said. “If we allowed that to occur unchallenged, it would be inviting further violations of the constitutional separation of powers.”

Ploetz also criticized the New York Health Department’s regulations for lacking due process protections and granting “the Commissioner … unfettered discretion to issue a quarantine or isolation for anyone, even if there is no evidence that person is infected or a carrier of the disease.”

The judge said involuntary detention “is a severe deprivation of individual liberty, far more egregious than other health safety measures.”

The oral arguments for this case, George M. Borrello et al v. Kathleen C. Hochul et al, had been heard in May.

“Much of the legal reasoning Ploetz relied upon for his decision came from the brief filed” by Assemblyman Andrew Goodel and Assemblyman Joe Giglio, both Republicans, which “the state’s attorneys tried to have withheld from Ploetz’ consideration,” per Observer Today.

“This is a victory for the citizens of New York!” he wrote.

We won! The court has ruled that the Executive's attempt to use rulemaking to establish isolation and quarantine procedures was unconstitutional. This is a victory for the citizens of New York!
Thank you to my co-plaintiffs, @lawler4ny & @chrisWCtague. https://t.co/YQ79ql8X26 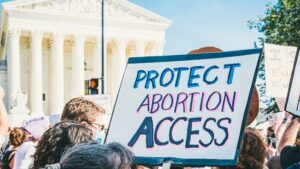