Crypto mining could be outlawed for two years in New York in a first-of-its-kind ban in the United States.

The New York State Senate passed a bill on June 3 that would establish the moratorium. Supporters of the measure believe it would be for environmentalists in the state.

Crypto mining is effectively the global race to compute complex equations to generate a 64-digit hexadecimal number to generate Bitcoin. The practice is energy-intensive. The mining facilities require 24 hours of operations where a single rig can use more than 1,000 watts of electricity.

One facility can have hundreds of rigs, resulting in high energy consumption and high heat.

“The more rigs you have, the hotter it gets. If you don’t want your rigs to melt, you need some cooling,” notes CNET. “Many mining rigs have multiple built-in computer fans. But if you have multiple rigs, the room quickly gets hot, requiring external cooling.”

In July of 2021, a crypto mining operation on Seneca Lake in upstate New York cause the body of water’s temperature to rise after pouring boiling water used to cool its rigs into the lake.

Senate Bill S6486D would require any “cryptocurrency mining operations that use proof-of-work authentication methods to validate blockchain transactions” to shut down for approximately 24 months. The operation would lose their air permits and no new permits would be issued to mining operations.

During that time, state authorities would be ordered to conduct a full operations review and submit an environmental impact statement to determine the long-term effects of crypto mining.

There would be a subsequent 120-day period for public comment on the statement’s findings.

The bill’s sponsors want to determine if it is “incompatible with our greenhouse gas emission targets established in law” to allow crypto mining operations to “operate their own electric generating facilities and produce energy by burning fossil fuels.”

“By requiring a statewide generic environmental impact statement, this crucial information about the industry’s impact upon our climate law, and associated water, air and wildlife impacts, will be understood and can guide any potential future policy related to industry regulation,” the policy states.

Mining has become increasingly popular in the U.S., accounting for 4% of international Bitcoin mining in 2019 and then nearly 40% in 2022.

According to the Cambridge Bitcoin Electricity Consumption Index, Georgia leads the nation in the amount of computing power employed to mine crypto. The state accounted for 30.8% of national hashrate shares in December of 2021. Texas reported 11.2%, Kentucky 10.9%, and New York 9.8%.

The policy now moves to the New York Assembly for consideration. 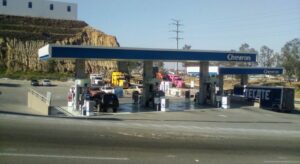