On Sunday, Mayor Eric Adams said that New York City schools are on track to drop their mask mandate, and residents will no longer have to show proof of COVID vaccinations for indoor venues, as soon as March 7.

The Mayor’s announcement from City Hall followed a decision by Governor Kathy Hochul to eliminate the statewide mask mandate for schools on Wednesday.

The governor noted steep declines in the state’s COVID numbers as the primary reason for New York’s pandemic response transition.

“Given the decline in our rates, our hospitalization, strong vaccination rates and the CDC guidance — my friends, the day has come,” Hochul said at a press conference.

She said that cities, including New York, still could make their own determinations about masking for students and educators.

After her announcement, Adams said the city would evaluate COVID numbers and determine the plan for school masking on Friday.

“If we see no unforeseen spikes and our numbers continue to show a low level of risk, New York City will remove the indoor mask mandate for public school children, effective next Monday, March 7,” Mayor Adams said in a statement.

Adams also said the city would end its “Key to NYC” mandate requiring proof of vaccination at all indoor venues, including restaurants, gyms, and entertainment spaces March 7.

“This will give business owners the time to adapt and will allow us to ensure we are making the best public health decisions for the people of New York,” Adams said.

Mask mandates will remain in place for subways and hospitals. Manhattan Borough President Mark Levine fears the changes could undermine the city’s efforts to vaccinate people.

“I am really concerned that people don’t misinterpret this to mean the pandemic is over. We have made enormous progress, and I think we’re heading to a wonderful spring, but we’re still seeing close to a thousand cases a day,” he told reporters. 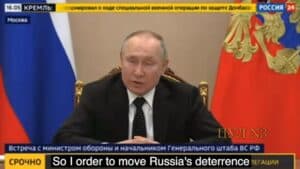