New Study: 75% of Americans Struggling With Money, Health Due to Inflation

Record high inflation and soaring gas prices are taking their toll on Americans’ finances and health, according to a new Harris Poll of hourly workers.

Eighty-one percent of employees say that gas prices are negatively impacting their ability to cover other bills.

In June, for the first time ever, the average cost for a gallon of gas across the entire United States exceeded $5. Passenger vehicles in the U.S. have an average fuel tank capacity of 10.5 to 18.5 gallons. For workers earning minimum wage, if they were to fill up a 12-gallon gas tank today, it would cost them nearly an entire day’s pay, according to Newsweek.

The Harris Poll also found that 49 percent of employees said they had difficulties paying for their groceries, 40 percent are struggling with bills, and 34 percent are having a hard time making their rent or mortgage payments.

Inflation, which recently hit a 40-year-high, has caused the cost of milk, butter, citrus fruits, and coffee to rise more than 15 percent higher than last year. Overall, the Consumer Price Index (CPI) for All Urban Consumers increased more than 8.6 percent from a year ago.

Moreover, the Harris Poll data found that 77 percent of workers say the financial stress of rising fuel prices and inflation is negatively impacting their health. The American Institute of Stress says that symptoms can include increased irritability, muscle tension or pain, headaches, anxiety, fatigue and sleeplessness. Additionally, they note, without treatment, the symptoms can worsen into more persistent anxiety, depression or suicidal thoughts.

“First the pandemic’s immediate economic fallout, now record inflation and high gas prices have reminded us how important financial security and flexibility are for American families,” Shai Akabas, Director of Economic Policy at the Bipartisan Policy Center, said in a press release. “It’s crucial that we increase access to tools like emergency savings accounts and on-demand pay that help workers save for and weather turbulent times.”

To help offset the rise in monthly expenditures, nearly a quarter of hourly workers have taken out a payday loan this year. 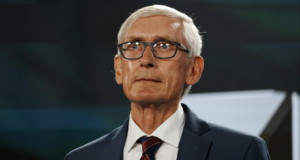