Suspect entered the school while officers waited for permission to shoot

A new study of the Uvalde mass shooting at Robb Elementary School reveals that a Texas police officer, armed with a rifle, had eyes on the gunman prior to him entering the building and did not shoot.

Among the study’s findings, at 11:28, the suspect was involved in a vehicle crash in a dry canal close to the school. Two individuals from a nearby business approached the scene a minute later. The suspect engaged them both with a rifle, but they were able to flee unharmed and call 911. The alleged gunman left the scene of the accident and climbed a chain-link fence on the school property. He walked across open grounds between the fence and the teacher’s parking lot, moving toward the school buildings.

At 11:31, he was spotted on video shooting between the cars, just as a Uvalde Patrol unit arrived at the crash site.

At 11:32, the alleged gunman reached the west teachers’ parking lot and began firing through windows prior to entering the school. According to statements taken as part of the investigation, the Uvalde Police Officer on the scene at the crash site saw the suspect carrying the rifle outside of the west entry. The officer, who was armed with a rifle, requested permission from his supervisor to shoot the suspect.

“However, the supervisor either did not hear or responded too late,” according to the report.

The officer turned to get confirmation to engage the suspect from his supervisor. When he turned back around, he discovered the alleged gunman had entered the building during that time.

But, according to state law, the officer may not have needed permission from his supervisor, or anyone else, to engage an active shooter. Texas Penal Code Section 9.32 states that a person is justified in using lethal force to protect against another’s use or attempted use of unlawful deadly force, or to prevent another’s imminent commission of murder.

The report is broken into two sections: A timeline of the day’s events and an assessment of the law enforcement response.

In evaluating the response, ALERRT concluded that though it is not surprising that officers who had never been shot at or received consisted active shooter training would be overwhelmed by the gunfire, those officers “were still presented with a clear driving force.” ALERRT clarified “driving force” to mean knowledge that there were injured people in the classrooms.

“Once the officers retreated, they should have quickly made a plan to stop the attacker and gain access to the wounded,” the report stated.

It also cites that lack of effective command likely impaired a better response from law enforcement.

ALERRT provided four separate scenarios officers could have used to engage the shooter and stop the attack, but noted that “none of these actions were taken.” Though the study admits that it would have taken several minutes to “coordinate” and “execute” those actions to interdict the shooter, it acknowledges that even a 10 minute prep time would have been preferable to the hour it took to breach the room.

“We commend the officers for quickly entering the building and moving toward the sounds of gunfire,” the report states. “However, when the officers were fired at, momentum was lost.”

“A reasonable officer would have considered this an active situation and devised a plan to address the suspect,” ALERRT added. 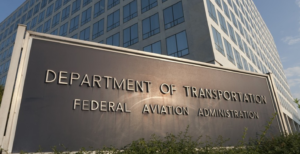