The spike is the highest among the city’s five peer comparison cities, according to a report from the Portland Police Bureau and the California Partnership for Safe Communities. 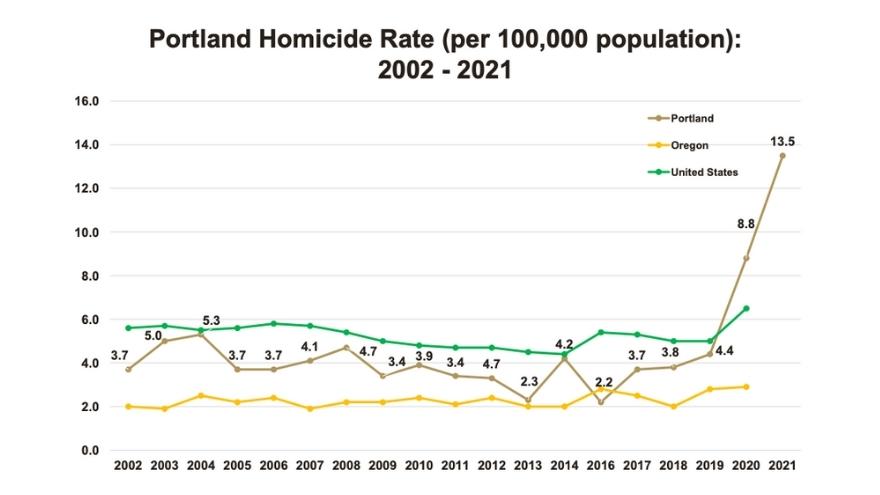 Portland’s violent crime bonanza accelerated in 2020, shortly after nationwide protests erupted in the wake of the police killing of George Floyd. That summer, law enforcement officials connected the uptick in homicides to the city’s decision to dissolve the unit that investigated gun violence. 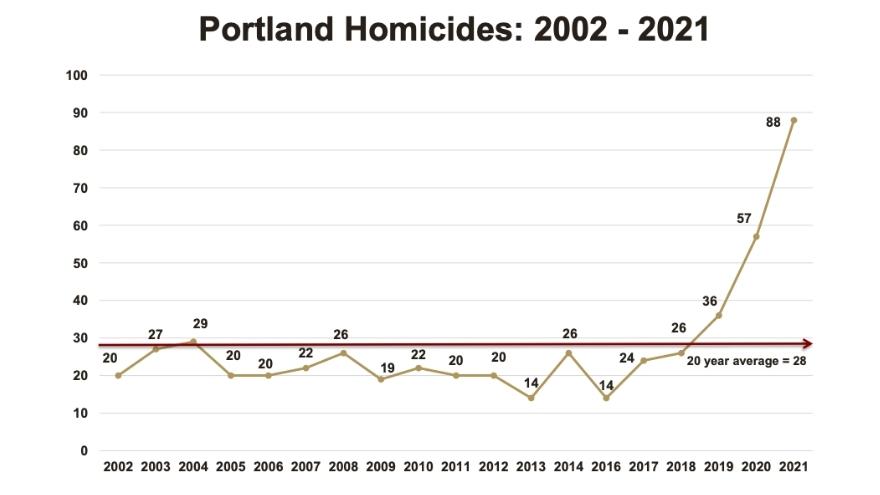 At the time the unit was demobilized, Portland Mayor Ted Wheeler announced the city would redirect $12 million toward “communities of color” — $7 million of which would come from the budget of the Portland Police Bureau.

“I’d say they’re more emboldened, maybe, to be out with guns,” Portland Police Chief Chuck Lovell said at a press conference in summer 2020. “They know there’s not someone watching. There’s no real deterrent there. And I think that’s part of the issue that’s causing us to see the spike we have in July.”

The new report shows that the leading cause of homicide death in Portland is gunshot, followed by stabbing, blunt trauma, then strangulation. It also determined that the majority (52 percent) of the city’s gun homicides are attributable to gang violence. 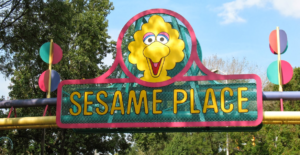