The recent Federal Bureau of Investigations (FBI) raid on former President Donald Trump’s estate in Palm Beach, Florida, appears to have galvanized voters who are likely to vote against Democrats in the 2022 midterm elections.

A new poll from Convention of States and Trafalgar Group shows that 83.3 percent of Republicans and 71.7 percent of independent voters are now more motivated to vote following the FBI’s raid at Mar-A-Lago on Aug. 8. 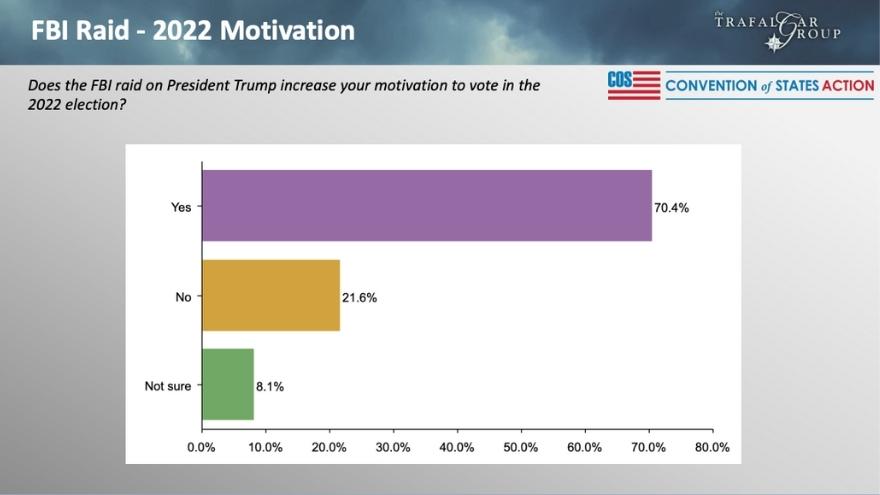 Overall, nearly half of voters believe the raid was carried out by Trump’s political enemies. Among Republicans, that figure is more than 76.7 percent and among independent voters that number is 53.9 percent. However, 70.5 percent of Democrats believe the raid was conducted by “the impartial justice system.”

In a statement that accompanied that survey data, Mark Meckler, president of the Convention of States Action, said, “This gestapo-style injustice has created a voting surge that is so significant, the polling doesn’t even begin to reflect what is coming from grassroots voters in November.”

Within hours of the FBI storming Trump’s expansive Florida property, he posted a campaign-style video to his social media network TruthSocial.com warning that America is at a pivotal point in its history, but assuring his millions of supporter better days are ahead.

Trump posted this on Truth Social an hour ago. 👀 pic.twitter.com/n6tlfOmwG0

The poll was conducted from Aug. 9 through Aug. 10. It has a confidence rating of 95 percent and a margin of error of 2.9 percent. 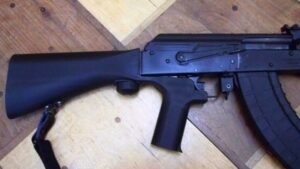