The survey analyzed the current state of national politics.

One of the questions asked if a participant would want their state to join one of five new regional unions. BrightLineWatch, who worked on the survey with YouGov, explained “a participant from California in our survey would be asked about joining a new union along with Washington, Oregon, Hawaii, and Alaska.”

As part of its analysis, BrightLine Watch added the warning: “As in our previous report, we caution that this survey item reflects initial reactions by respondents about an issue that they are very unlikely to have considered carefully. Secession is a genuinely radical proposition and expressions of support in a survey may map only loosely onto willingness to act toward that end. We include the question because it taps into respondents’ commitments to the American political system at the highest level and with reference to a concrete alternative (regional unions).”

The results found that Republicans in the hypothetical ‘South’ union were the most in favor of seceding. Half of Independents in the region were also supportive. The region would consist of Texas, Oklahoma, Arkansas, Louisiana, Mississippi, Alabama, Georgia, Florida, South Carolina, North Carolina, Virginia, Kentucky, and Tennessee according to YouGov’s sets.

Democrats in the proposed Pacific region (California, Washington, Oregon, Hawaii, and Alaska) were similarly enthusiastic about a potential national breakup. The survey found 47% were in favor.

Generally, Democrats were the least likely of the three political affiliations to support new unions. Only 20% of Democrats in the ‘South,’ 17% of those in the ‘Mountain’ region, and 19% in the ‘Heartland’ responded in favor of seceding.

Republicans in the ‘Mountain’ region were as likely as Independents in the ‘Heartland’ to be supportive of the new unions drawn out by the survey. Both group responded 43% in favor.

All the regions with a coastline, ‘Pacific,’ ‘Northeast,’ and ‘South,’ were overall more supportive of the idea of seceding than the land locked alternatives.

Mediaite reported that “a similar poll was conducted just weeks after the January 6th attack on the Capitol, and results were similar. But six months later, any notion that political frustrations have cooled seems to be misguided.” 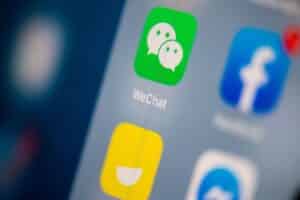