The policy would create an almost $700 million aid package

The New Mexico House and Senate both passed a bill that would compensate taxpayers to offset the effects of inflation.

Under the measure, the government would make $500 payments to an individual or a $1,000 payment per household. The proposal passed the House in a 51-13 vote with bipartisan support on April 5. The Senate voted to pass the measure on the same day, 35-1 with 6 senators not taking part.

The Senate passed HB 2 which will help working families across New Mexico with direct relief payments. It now heads to the Governor.

The bill requires the initial payment to be made “as soon as possible, but no later than June 30, 2022” and the second to be made in the month of September.

Those who file their 2021 taxes after May 31, 2022 will be eligible for rebates that can be applied to their New Mexico income tax liability.

“The human services department shall provide a relief payment to state residents on a first-come, first-served basis,” reads the bill, which includes plans for a $20 million appropriation from the department’s general fund.

The Associated Press has reported that “elderly people with little or no income who don’t ordinarily file taxes and undocumented immigrants” will be eligible to receive the payments.

The bill now heads to the desk of Governor Michelle Lujan Grisham, who is expected to sign the bill.

“I thank the Legislature for acting quickly and answering my call to protect New Mexicans’ paychecks, building on the half a billion dollars in tax relief that we worked together to enact earlier this year,” she wrote on Twitter on April 6.

I thank the Legislature for acting quickly and answering my call to protect New Mexicans' paychecks, building on the half a billion dollars in tax relief that we worked together to enact earlier this year.

“When you’re sitting at over 30% in reserves, you have a healthy budget,” he said. “We have to make sure that when New Mexicans are in need, we utilized some of those reserves and still remain at a healthy level.”

“We see the rise of gas prices, we see the cost of food rising and just everyday expenses,” Morales noted. “It was important to use some of these reserves to directly impact families.” 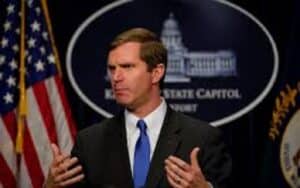