The requirement would apply to any state-administrated project that costs $1,000,000 or more

Large-scale construction products in New Hampshire could soon be required to use American made steel.

A group of state lawmakers have advocated for a new “Made in America” proposal which would requires all public works contracts issued by the state government or where the state spends $1,000,000 to use steel that was domestically produced.

Seante Bill 438 does allow for related departments to grant a waiver upon application. Waivers will not be transferable and would be granted on a project-by-project basis.

Companies that do not use domestically produced steel or falsify the origins of their steel could face legal consequences.

SB 438 was introduced by Democrat Senator Thomas Sherman and has bipartisan support.

“We’ve seen what happens when an industry has to leave the state, whether that’s western Pennsylvania or Ohio,” Sherman told WMUR.

“This bill allows us to stay within the United States, whether it’s the source of steel or the fabricators of the steel, and that’s one of the reasons it’s so critical,” the state senator said. “We don’t want to become more dependent on foreign countries for critical goods that are essential to the American infrastructure.”

In April, President Joe Biden required materials purchased for federal projects to be produced in America. These projects could include bridges, highway, or any infrastructure.

Approximately $700 billion in federal funds are used to purchase supplies, Biden said in his announcement.

While the federal government is supposed to prioritize domestic suppliers, there is no exclusive requirement.

“The administration could not say what percentage of construction material for existing infrastructure projects is U.S.-made, even though the federal government is already spending $350 billion on construction this year,” reports The Columbian. “The new guidelines would enable government officials to know how many dollars go to U.S. workers and factories.”

New Hampshire and 22 other states, including Maine, already legally require their governments to priortize American-made materials and products in publicly funded projects.

The proposed American-made steel requirement still needs to be passed by the New Hampshire House and signed by Governor Chris Sununu. The bill is currently being reviewed by the House Finance Committee. 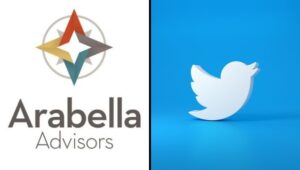