Governor Chris Sununu wants to review how people and businesses who use and invest in cryptocurrency are protected in New Hampshire.

The new commission will review state and federal law to determine what regulations currently govern the purchase and sale of digital currency.

The Commission on Cryptocurrencies and Digital Assets was formed via executive order on Feb. 9. Noting the approaching 78th anniversary of the Bretton Woods Conference, the governor wrote that the increasing popularity of the digital currency made it necessary to establish “safe, sound and efficient financial services.”

Sununu wrote, “Our nation’s banking and financial services system has benefited from a ‘dual banking system’ which empowers both the federal government and States to establish and operate co-extensive regulatory regimes for both national and State banks.”

Members of the commission tasked with reviewing the state’s policies regarding the currency will include the Attorney General, the Commissioner of the Bank Department,  a member of the New Hampshire Bankers Association who resides in the state, as well as a state resident representative of the Cooperative Credit Union Association.

The Governor will appoint “three public members with recognized experience with cryptocurrencies, digital assets and the provision of services to institutions or consumers with respect to digital assets.” He will also appoint three additional members to the commission, totaling 12 members.

Sununu gave the commission 180 days to submit a report with its “findings, determinations and recommendations.” The report will be shared with the public via the Governor’s Office website.

“Cryptocurrency, as a lot of folks understand, is complex and a lot of people are buying and selling it on the market,” Sununu said at a press briefing. “But it’s a currency that doesn’t have a whole lot of regulation around it.”

“LBRY’s CEO, Jeremy Kauffman, is a computer scientist and board member of the Free State Project, which encourages ‘freedom-loving people’ to move to New Hampshire in an effort to bring a libertarian influence to local and state politics,” reported NHPR.

The company issued a response saying it was “decentralized and not a risk.” LBRY also said it had been preparing to fight the case during the three years of the SEC’s investigation.

Months earlier, a libertarian activist and trader Ian Freeman of Keene and five other defendants were arrested for allegedly scamming victims and laundering money via cryptocurrency. 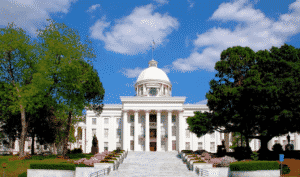